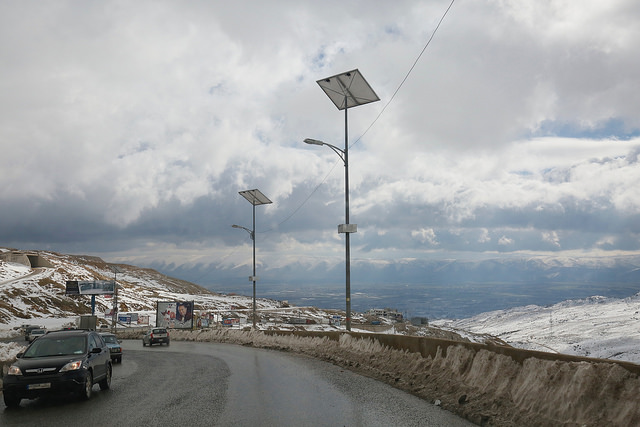 Lebanon could reconfigure its laws and regulations to allow private sector actors to generate renewable energy for sale to the grid, it emerged as the Middle Eastern country opened up its first solar-plus-storage tender process.

The Government of Lebanon is seeking to enter power purchase agreements (PPAs) for renewable energy supply and has called on “private investors and companies interested” to submit expressions of interest (EOI) to deliver multi-megawatt solar PV projects with co-located energy storage. PPAs will be bought by Electricité du Liban (EDL), Lebanon’s main electricity supplier, on behalf of the Lebanese Republic Ministry of Energy and Water (MEW). It was made clear the government wants to buy up the electricity supply, not to own the assets themselves.

A total of 210MWp to 300MWp of solar PV projects are being sought, across three projects that could be of 70MWp to 100MWp capacity each. MEW specified that the battery storage and solar farms must be co-located in a “suitable geographic location” where developers have been able to secure land rights.

29 November 2022
PV ModuleTech EMEA in Madrid on 29-30 November 2022 will address the factors underpinning the changing PV module landscape, gathering together all the key stakeholders across the value-chain from module production to field testing. Join us for presentations from the leading players in the sector, clearly identifying the opportunities and challenges set to impact module supply to Europe and the Middle-East over the next few years.
battery, expressions of interest, lebanon, middle east, renewable energy targets, solar farm, solar-plus-storage, tenders and auctions