Lightsource BP readying construction of 70MW trio for US university 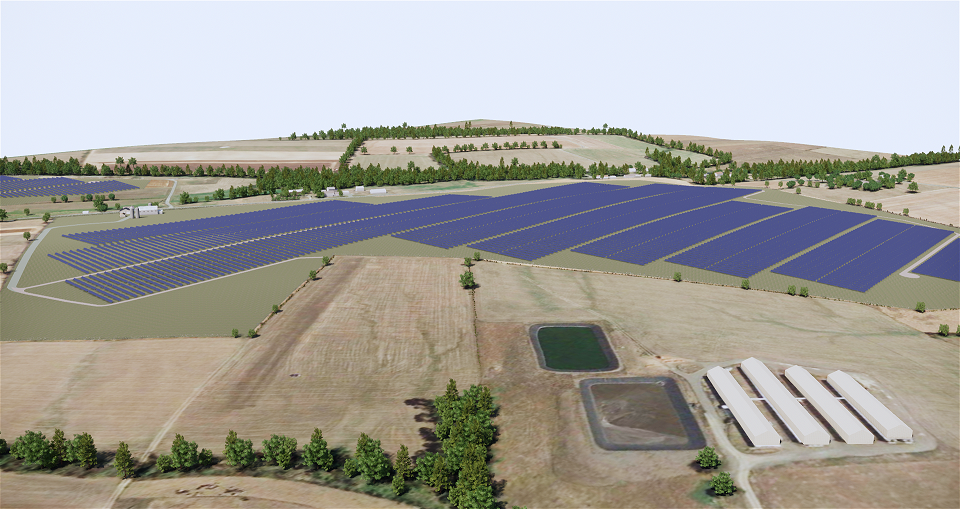 Lightsource BP is days away from launching construction works for a utility-scale solar pipeline it will deploy for a US university, set to go live next year.

Contacted by PV Tech today, the London-headquartered group confirmed it will break ground on a PV plant in Pennsylvania on 6 September, the first of a 70MW pipeline of three.

According to a spokesperson, Lightsource BP will fund, develop and run the trio meant to power Penn State University. All three will require US$75 million in investment, the spokesperson explained.

The firm confirmed 500 acres worth of panels will be rolled out across three sites in Pennsylvania’s Franklin County, a 20-mile distance from Penn State’s Mont Alto campus.

As Lightsource separately noted on its website, 134 of the total 500 acres of land has been rented from two Pennsylvanian lifelong farmers, under a 25-year contract.

The plan, the spokesperson explained to PV Tech, is to intersperse native vegetation between the panels to draw pollinators and help the land recover from prior farming uses.

Construction of the 150,000-panel installation should, they added, see all sites up and running by summer 2020.

As Lightsource and Penn State said when their jointly unveiled the project in February, the 70MW solar portfolio will cover 25% of the academic institution’s power needs for 25 years.

The solar agreement emerged just months after a separate 25-year PPA was signed for an onsite PV array at Penn State, intended to supply 1% of power needs of one of its campuses.

The US work is part of Lightsource BP’s current string of solar projects abroad, including a 700MW-plus pipeline worldwide, a 1.9GW push in Brazil and co-financing for Indian renewables.

As reported by sister title Solar Power Portal, the firm has also had an active past few months in its home UK soil, hitting milestones for projects in Nottingham (49.9MW), Rugby (17MW) and Swansea (9.9MW).