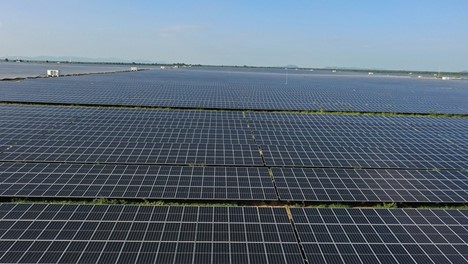 LONGi has secured a deal to supply 300MW of its high-efficiency solar modules in the coming year to Polish distribution company Keno.

The companies said they expect Poland’s government to once again launch a subsidy programme for PV systems called ‘My Electricity’ as well as dedicate other funds to support the solar industry. These actions are expected to result in increased prosumer demand for modules, which is why the pair are looking to maintain high warehouse stock for solar equipment this year.

Having collaborated since early 2019, LONGi and Keno said the deal represents the next step in their partnership.

“Due to the prospering cooperation and the potential of the market, the development of which is getting bigger every year, we want to be sure that we will deliver the highest quality LONGi modules to the domestic market and increase the share of renewable energy in Poland,” said Tadeusz Ogarek, Keno research and development director.

A recent study from SolarPower Europe found that Poland installed 2.2GW of solar in 2020, more than double the amount than the year before. Describing the country as the “biggest surprise” within Europe’s solar market, the trade association said the backbone for the strong growth of PV in Poland is self-consumption founded on a favourable policy of net-metering/feed-in framework for prosumers.

Last month saw solar developers pick up all the offered capacity in a Polish auction for small-scale clean energy projects. Solar developers participating in the country’s auctions are said to be able to benefit from a high amount of potential project locations, including former mining areas.

For LONGi, the Keno collaboration follows module supply deals announced last year for large-scale projects in countries such as Japan, Chile and Vietnam. The company, which supplies more than 30GW of high-efficiency solar wafers and modules globally each year, last week announced plans to build a new 15GW monocrystalline solar cell plant in China’s Shaanxi Province that is expected to become operational in 2022.

6 June 2023
Join us in Napa to unlock the key to reliable PV module supply to the U.S. market in 2023 & 2024. We'll also be gathering the main players in the US solar market for some wine tasting!
keno, largescaleeu, longi, longi solar, module supply, module supply deals, poland