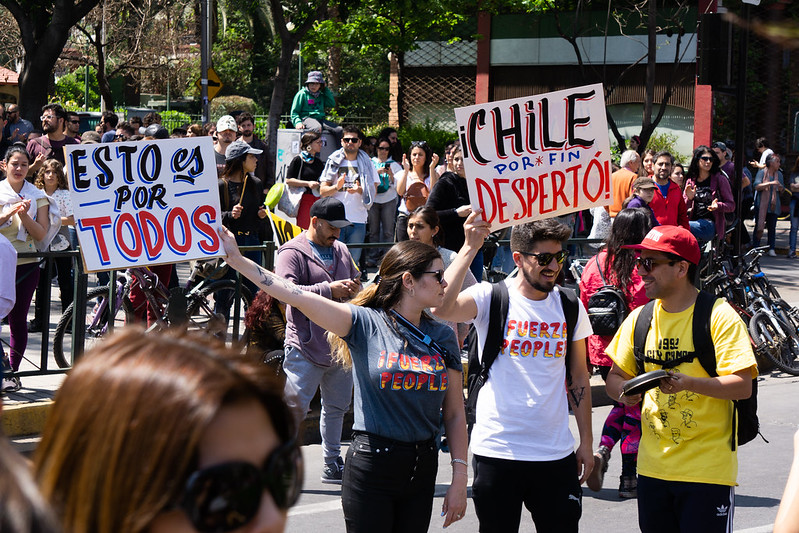 Various statistics have documented the rapid growth of Mexican PV after the passing of a landmark energy reform in 2013, enacted by then-president Enrique Peña Nieto.

The replacement of Peña Nieto by left-wing successor Andrés Manuel López Obrador, who has acted to paralyse renewable auctions, has piled uncertainty on the future of renewable policies.

Despite some controversial government moves – such as the potential re-opening of old auction PPAs – utility-scale PV activity has continued apace, with large projects rising to the fore.

According to Asolmex, the Central American country was home to 63 up-and-running solar plants as of December 2019, a 63% jump on the 39 operational installations recorded one year prior.

Several thousand miles to the southeast, Chile’s renewable sector was also found this week to have enjoyed a strong 2019, even as widespread street protests threw the government into chaos.

As ACERA noted in a press conference, renewables covered 19.4% of Chile’s electricity generation last year, bringing the 20%-by-2025 government target within easy reach in 2020.

Solar installations could yet gather steam over the next few years, given the bulky pipeline currently under construction in the global PV irradiation hotspot that is the Atacama Desert.

ACERA’s update indicates renewables’ peak last year came at 16:00 on Christmas Day, when led by solar and wind they accounted for a 47.2% power generation share.

Chile’s speedy progress towards renewable goals took place in a year of political upheaval, with millions marching against inequality in protests that prompted talk of a government reshuffle.