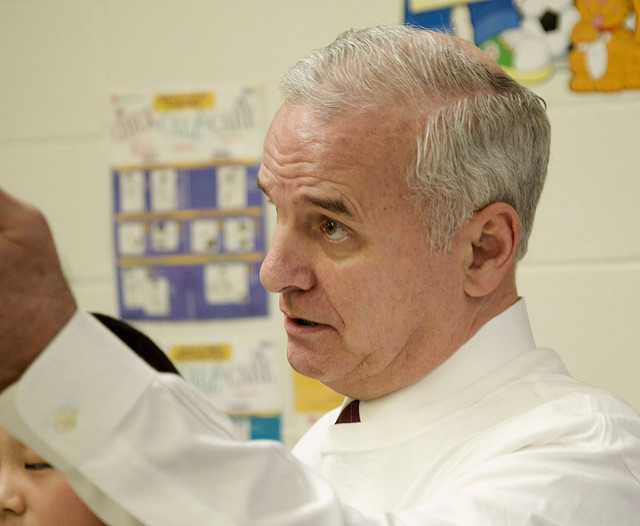 The bill was one of five omnibus bills that were put forward by the Republican-led House and Senate and promptly vetoed by Dayton. Clean energy advocates had raised concern earlier on in the legislative session that the now vetoed Jobs and Energy Omnibus bill would remove regulatory oversight of many of the state’s key energy programmes – including its successful solar rebate programme, ‘Made in Minnesota’.

It would have also scrapped the state’s development fund that could be used to fund several renewable energy projects. Many of the Republican energy committee chairs have voiced concern at the expense that such incentives were costing Minnesota in proportion to the number of jobs it created.

“We believe that by taking these dollars and repurposing them in a more intelligent fashion it will actually create jobs,” said Pat Garofalo, chairman of the House Job Growth and Energy Affordability and Finance Committee.

However, Dayton was quick to veto the energy bill, among others, reportedly arguing that too much was attempting to be cut from the budget “too quickly”. The decision was welcomed with open arms by Minnesota’s clean energy industry.

“Fortunately, the governor has continually recognized the value that solar offers to the state. We urge governor Dayton to veto any bill that includes these anti-consumer measures.  Now’s the time to continue the state’s impressive solar growth, not hold it back.”

Dayton managed to nip a GOP attack on renewables in the bud once again; as in March the governor also vetoed a measure that would have removed PUC oversight of fixed charges brought by electric utilities.

In addition, Dayton is working on raising the state’s renewable portfolio standard (RPS) to 50% by 2030. Meanwhile, solar has grown 80% in the state in the first quarter of 2017, with the state now harnessing almost half a gigawatt of installed capacity. Nearly 340MW of the current 440MW installed in the state were added in 2016, while solar jobs grew 44% year over year.