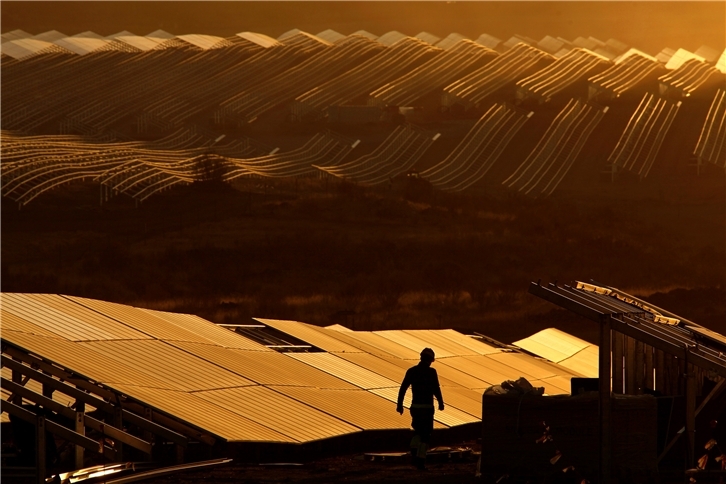 Spain’s PV industry has welcomed government approval of a package of legislative measures aimed at speeding up the country’s transition to 100% renewables.

The Spanish cabinet this week gave the green light to a Royal Decree, signing into law a raft of measures designed to remove barriers to the large-scale deployment of renewables. The move sets renewable energy deployment at the heart of Spain’s post-COVID 19 recovery as well as positioning the country to decarbonise its energy system entirely by 2050 through “massive” deployment of clean energy.

The new laws approved this week are divided into four key blocks: regulation of access and connection, including a new auction mechanism to provide renewables with a predictable and stable route to market; new business models covering areas such as storage and hybrid projects; the promotion of energy efficiency; and a series of measures to boost economic activity and employment in the wake of the COVID-19 crisis.

The first of these areas is intended to reduce speculation in Spain’s renewables market, which is pushing up the price of bona fide solar and wind projects.

According to the energy ministry, a high volume of projects in the system – as much as 60% – are deemed to be speculative, because they lack either maturity or the necessary grid connection permission.

Because this hinders and increases the costs of firm, solvent projects, the royal decree introduces a series of time-limited administrative milestones for projects. Projects that fail to reach these successive milestones – such as obtaining favourable environmental impact assessments and construction authorisation – within the allotted time will see their permits expire.

The new auction system, meanwhile, is intended to offer greater predictability and income stability for developers, as well the procuring the cheapest energy for consumers.

Spain’s current framework was developed in 2013, when the cost of generating one kilowatt-hour of renewable energy was more expensive than the price at which it was sold on the open market. The current situation is the opposite, meaning an update to the model is well overdue, the government said, and the new system will offer greater clarity and predictability by setting a price for energy.

The royal decree also introduces new opportunities for the hybridisation of different renewables technologies. The combination of, for example, solar, wind and storage into single projects has been heralded as a key element of the future energy system, but until now has not been possible under Spanish law.

The royal decree removes these restrictions, enabling technologies to be combined and optimising the use of existing electrical networks as well as minimising environmental impacts arising from development.

On the new auction model, UNEF said stability and predictability were essential for attracting the many billions of euros of investment needed to fund the envisaged levels of new PV capacity.

With regard to the new access and grid connection regulations, the body said: “Every day that is lost due to long administrative deadlines is a lost day in reducing polluting gas emissions and creating jobs, so the rationalisation of these processes is a positive element.”

Arancha Martínez, president of UNEF, added: “This standard responds to requests that we have been making in recent years and we are convinced that, under this new regulatory framework, the photovoltaic sector will be able to reactivate quickly, generating quality employment and strengthening the industrial value chain, elements fundamental in the post-COVID-19 phase.”