Northern Territory commits to 50% renewables by 2030 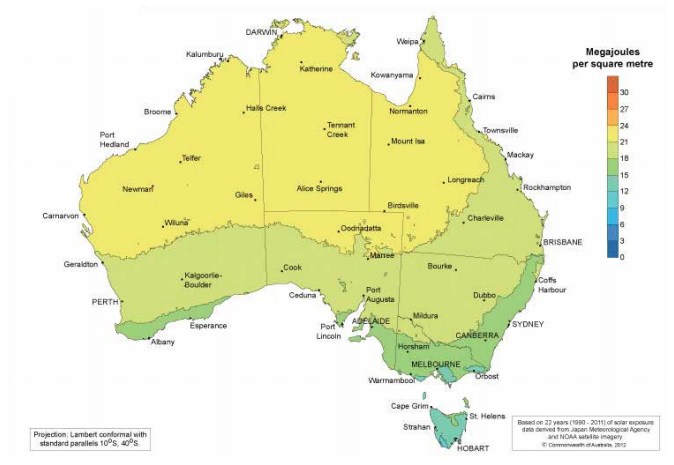 Australia’s Northern Territory is targeting 50% renewables by 2030 and has released a Roadmap to Renewables report unveiled by chief minister Michael Gunner this week.

The state currently has just 4% renewables in its energy mix and most remote communities rely on diesel generators for their electricity. Solar is expected to the play the key role as the state has very high irradiance, but relatively low wind speeds.

To reduce the reliance on diesel, PWC, in partnership with the Australian Renewable Energy Agency (ARENA), is rolling out the Solar SETuP program to around 30 Northern Territory communities.

An independent expert panel, chaired by Mr Alan Langworthy, has been commissioned to advise and provide a report on viable options to reach this renewable energy target. The state government has also begun developing an implementation plan based on detailed technical, economic and financial analysis and modelling. It also released a response to the report recommendations.

Regarding the 50% target, the Roadmap stated: “Based on current technologies, around 450MW peak of single-axis tracking solar PV installations would be required to meet the regulated portion of the target. A further 300-400MW of single-axis tracking solar installations would be required to provide 50% of the existing unregulated generation.”

It noted that renewable energy generation is expected to place downward pressure on wholesale electricity prices, which could stimulate significant economic development, job creation, industry growth and new investment in the Northern Territory. This was key since the government was keen for renewables not raise power prices for consumers.

Furthermore, the state government is considering the design of a new energy and capacity market structure, which aims to promote competition. This could include reverse auctions with scope for provision of ancillary services by each generator.

The report also noted that there is “considerable scope” for use of battery storage technology.

The Northern Territory currently has a flat feed-in tariff (FiT) of AU$0.2567/kWh (US$0.19) for domestic and AU$0.2987/kWh for commercial consumers. However, to encourage rooftop PV and behind-the-meter energy storage, the FiT may be transferred to a time-of-day structure. This could enable consumers to reduce their electricity costs during the most expensive times of the day through solar and battery storage.

The report also recommended turning Alice Springs into a hub for solar energy research and development.

While Australia's federal government flounders in its support of renewables, individual states have kept pushing and are now the main drivers for the energy transition. for example, Victoria recently brought in its on renewable energy target (VRET). 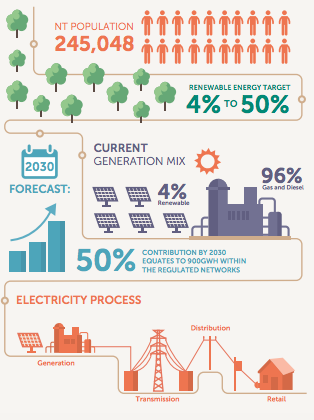