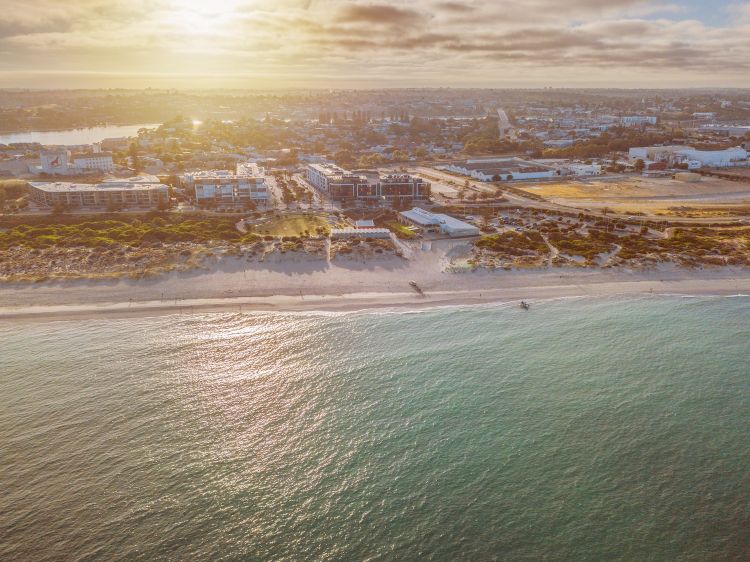 A small-scale trial of solar energy trading between households in Western Australia has found that peer-to-peer (P2P) energy trading is technically feasible and that virtual power plants (VPPs) could help deliver a lower cost grid.

RENeW NExus, a project in Fremantle, a port city in the Perth metropolitan area of Western Australia, kicked off in 2018 with 18 households in a new-build development taking part. Technology company Power Ledger provided its blockchain-based platform for trading and aggregating energy from rooftop solar arrays. The project has been considered a trial of a localised energy market and the potential to use technology to lower the cost of running energy networks.

After demonstrating successful P2P energy trades between the households, the trial was later expanded to 48 households and concluded in January 2020. Energy-Storage.news reported that the trial was processing around 50,000 transactions a month at its mid-point in early 2019. The project was part-funded by the national government. A microgrid is now being built onsite for the project’s next phase, using a 670kWh battery storage system which will enable further trading to happen via the battery. The project’s partners also studied aggregating of distributed energy capacity into a virtual power plant, although this was conducted as a “desktop” study rather than a live demonstration trial.

A report has just been published on the project by Power Ledger, with Curtin University and Murdoch University. It found that not only is P2P trading feasible, it was also considered desirable by customers. The Power Ledger platform allowed households to buy and sell excess electricity from the solar arrays in close to real-time, with residents able to monitor power use at 30 minute intervals.

However, while the P2P model was found to be feasible, due to factors including the cost of deployment and the local electricity tariff structure, the P2P model has some way to go before it can be economically attractive in the Western Australia setting. The project report authors made a number of recommendations that could enhance economic viability, including the introduction of a dynamic feed-in tariff for power sold to the grid alongside the ability to make P2P trades. This would help deal with excess solar generated during the day.

Meanwhile, if the project had allowed participants to join a VPP – where distributed energy resources such as home solar arrays and batteries are interconnected to serve the same roles as much larger centralised generators – this would enable new revenue streams for households as well as serving the intended purpose of helping local utilities and grid operators to better manage the supply, demand and flow of electricity on their networks. VPPs could also reduce reliance on the grid by between 30% and 68%, the report found. It recommended that the live trial phase of the VPP should include at least 1MW to 2MW of generation capacity and 1,000 households.

Power Ledger’s co-founder and executive chairman, Dr Jemma Green, wrote about the potential for energy trading using blockchain for the latest edition of our journal, PV Tech Power. In it, she wrote that there is an opportunity to “link the macro of green energy production to the micro through a trading platform that businesses and everyday consumers can use to trade energy peer-to-peer and to the market to stabilise the system”.

“There are many possible configurations,” Dr Green writes, in the article “Digitising the solar revolution”.