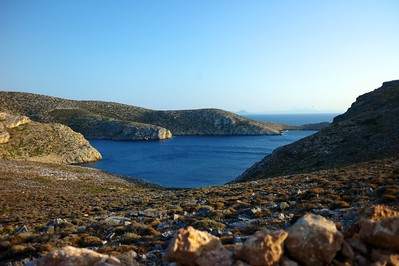 Islands of the European Union can now learn from the experiences of six pilot projects in their attempts to transition to a clean energy network.

Clean Energy for EU Islands, an initiative launched in May 2019, has now released a handbook including theory and practical advice to help islands evolve into clean energy hubs through step-by-step processes, based on the findings of the frontrunner projects delivered so far.

The new document took a year to prepare, Jeppen Mikel Jensen – co-ordinator of the Secretary of the Clean Energy for EU Islands Secretariat, told PV Tech. It describes the experiences of six pilot islands over the 12-month period, and will immediately support another 20 pioneers in this space, although these 20 will receive lighter support from the Secretary compared to the initial six projects.

“It’s a two-way process,” said Jensen. “We on the secretary side are building this initiative for the islands, with the islands.”

The Secretariat had originally developed Transition Agendas with the Aran Islands in Ireland, the Cres-Lošinj archipelago in Croatia, Sifnos in Greece, Culatra in Portugal, Salina in Italy and La Palma in Spain. Many of these involve solar PV deployment and in some cases agri-voltaic projects, where solar is combined with agriculture to optimise land use. Electricity storage was also included in planning.

The experiences and inputs of the 20 pioneers will also be used to hone and revise the guidance offered so far.

The handbook states: “Islands offer a series of specific opportunities that are very well suited for modern energy planning, both in terms of the potential for energy efficiency, renewables and innovative solutions, as well as the creation of a broad and strong community-driven transition process.”

When launched, the Clean Energy for EU Islands scheme promised to help islands with early-stage, pre-feasibility studies as well as technical and financial due diligence for more advanced projects.

In October, the European Regional Development Fund (ERDF) offered grants worth €40 million (US$44 million) to 55 small solar projects to be located on Spain's Balearic Islands, with a total capacity of 326MW.

The six Islands' Transition Agendas can be found here.