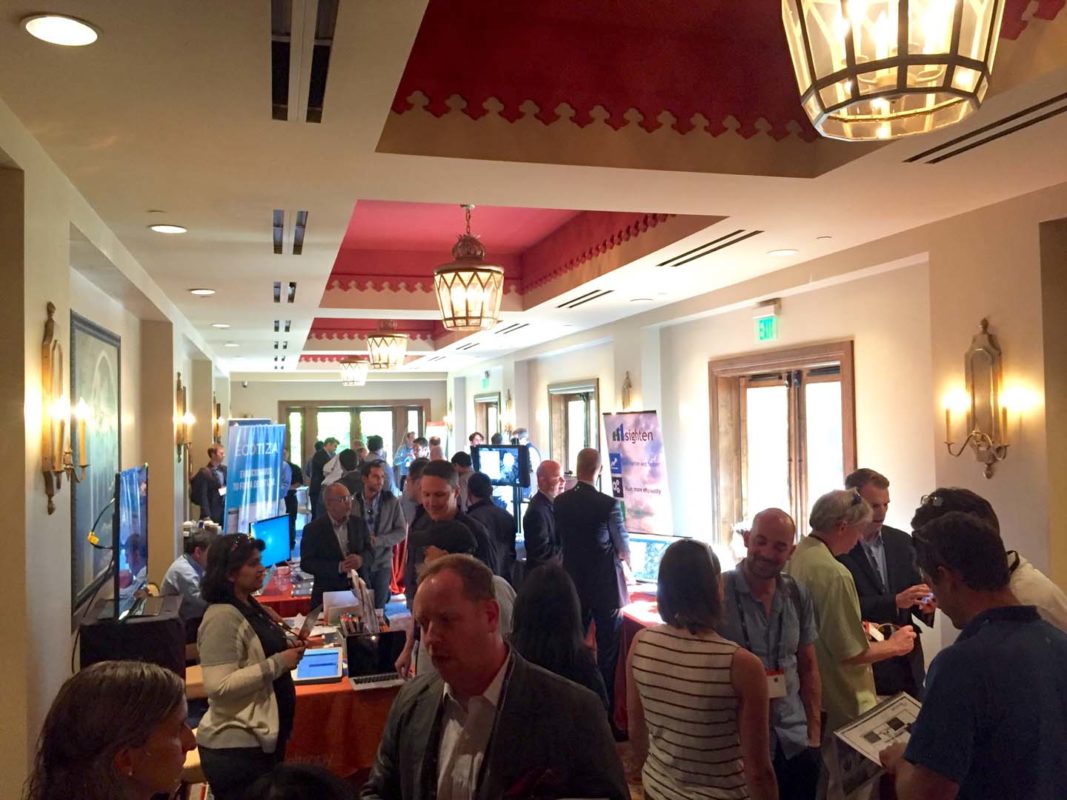 Everyone in the industry knows the price of solar continues to fall in most global sectors, inching closer to – or reaching – parity with other energy sources, both renewable and carbonaceous. But when a well-respected market researcher says prices are falling in real time in some regions, that attention-grabbing statement is not something one usually hears in any timeline.

After noting that “solar needs to get cheap enough” so “boom-and-bust”-producing government support policies (hello UK, konichiwa Japan) won’t be needed, GTM Research’s head honcho Shayle Kann provided examples where solar is reaching competitive parity levels. During his GTM Solar Summit (GTMSS) keynote last week, he shared a chart that showed three geographies – Brazil, Germany, Brazil, and India – where the average PPA price for a utility-scale system (in megawatt-hours) had dropped 8%, 14%, and 25%, respectively, between April and December 2015. India came in with the lowest price during that eight-month span, reaching $73.5/MWh by the end of the year.

The strength and competitiveness of utility-scale solar shone as a key takeaway from Kann’s talk, as more and more markets find their energy choices based on auctions or tenders and not feed-in tariffs or other policy-driven mechanisms. In most parts of the solarizing world, utility scale – not distributed generation – rules the day. Even in the US, where the residential boom has driven DG to new heights, utility still dominates overall market share in terms of megawatts installed, with average PPA prices dipping below five cents per kilowatt-hour, he said.

The latest market data and forecasts always provide ample fodder for comment and conversation at GTMSS , but the one-on-one interviews and panel discussions often offer the best entertainment value. During GTM curmudgeon-in-chief Eric Wesoff’s one-on-one with SunPower’s Tom Werner (who may be the longest-running dog in the solar exec pack), some non-scripted moments did seep out.

After gently chiding the GTM Research team for leaving SunPower’s mighty distribution channel out of their US residential market standings, Werner later had to tread carefully with his comments. When asked how he would rate SunPower’s experience five years into Total’s majority investment in the solar company, he first joked that “it’s been phenomenal…. I’ve never worked with so many brilliant people”. But when he took the question at face value, he said he’d rate the experience as “7 on a scale of 10”.

Not garnering close to a 7 would be SunPower’s experience in rolling out its C7 low-concentration PV (LCPV) system. Wesoff finally took his gloves off (at least partially) in bringing up the C7, to which Werner replied that the company “thought [the C7] would be more broadly applicable that it turns out to be,” noting they “didn’t quite get it right” and it won’t be as big as the team thought it would be back in November 2014 when the technology was ballyhooed during their annual analyst day.

Although CPV of any flavor did not come up in the GTMSS sessions focused on systems and technology innovation, there were plenty of other topics du jour. Yet for all the talk of innovation, sometimes the chatter tended to be more about incremental rather than disruptive advancements.

What constitutes “next-generation” seems to be a matter of opinion and perspective. The panel discussions on high-efficiency modules and so-called “next-gen” module technology centered on n-type capacity expansion, PERC, back contacts, cell-string-level optimization, enhanced power output, and other evolutionary improvements rather than anything truly disruptive and revolutionary.

Although panelists from suppliers like LG, Suniva, Boviet, Jinko and SunPower said their companies engage in both fundamental and applied R&D, the technology’s boundaries are being nudged more than shoved. Noting the recurring issue of squeezed margins and the resulting negative impact on research expenditures, Jinko’s Nigel Cockroft said that the R&D spend has to be spread across the value chain and include process equipment and materials suppliers. He also saw future acquisition strategies that might include the purchase of disruptive technology companies that are developing truly next-gen alternatives.

One of those potentially revolutionary material sets, perovskites, did get some love during the GTMSS panel on predicting the next big thing in solar technology. Varun Sivaram, a fellow at the Council on Foreign Relations and former solar scientist (a CV combo dear to this reporter’s heart), joined the chorus and called for much more solar innovation to meet the challenges of climate change and renewable energy.

He cited perovskite’s climb to 22%-plus champion efficiencies in a mere five years of knob-dialing research, and its possible use as a low-cost, high-efficiency tandem junction on top of crystalline silicon cells. Yes, stability and toxicity (AKA lead) issues remain daunting challenges for perovskites, but a pathway to 30% panels seems possible, according to GTM Research’s MJ “Papa” Shiao.

Sivaram’s fellow panelist Dirk Weiss of First Solar noted his company’s impressive achievements in jacking up efficiencies and “operationalizing innovation”. On the ground, the vertically integrated thin-film/EPC leader sees dollar-per-watt project economics (with trackers!) by next year. In the lab, efforts continue to push cadmium telluride well above 20%, with production line efficiencies now averaging north of 16%.

Beyond single-junction CdTe architectures, their lips are sealed, but Weiss did offer an apropos quote from his boss, First Solar CTO Raffi Garabedian: “Technology is a race between evolution and revolution, and evolution wins – until it doesn’t.”

One part of the industry where technology fosters innovation, and a mostly evolutionary product suite has started to achieve arguably revolutionary results is solar software. In its inaugural edition, the GTM Solar Software Summit (GTMS3) partnered with Folsom Labs to produce a program around the nascent segment. The one-day conference could have been just as easily tagged the “soft cost challenge,” since the vast majority of presentations and discussions focused on how to drive those costs down, especially in the residential and commercial/industrial sectors.

Whether it’s customer acquisition, finance, permitting, system design or asset management, solar pros are benefitting from an ever-more-functional software toolset. But as several panelists noted, there are no one-size-fits-all, black box apps but rather more solutions resembling layered-pastry-like sets of point-solution software targeting pain points in the value chain. Folsom’s Paul Grana pointed out how an ecosystem of API – application program interface – software applications has emerged over the past few years, allowing for greatly streamlined workflow and other advantages.

The general consensus was that solar software lags at least a few generations behind the level of software sophistication found in many other industries, and could learn a thing or three from other sectors. Jake Saper, an investor at VC group Emergence Capital, opined during his fireside chat with Shayle Kann that he doesn’t think “the world’s greatest software engineer will work for developers like SolarCity….he (or she) would want to join a software company to build great software”.

While those comments may have touched a controversy nerve in the room, he did offer an aphoristic truism that has implications beyond the realm of solar software.

Saper‘s advice may seem like common sense, but sometimes the solar sector has to learn the hard way, over and over again. #wheelreinvention

4 October 2022
Solar & Storage Finance USA, the only event that connects developers to capital and capital to solar and storage projects, will be back in November 2022.
cpv, first solar, gtm research, perovskite, ppa, r&d, soft costs, solarcity, sunpower, us, usa