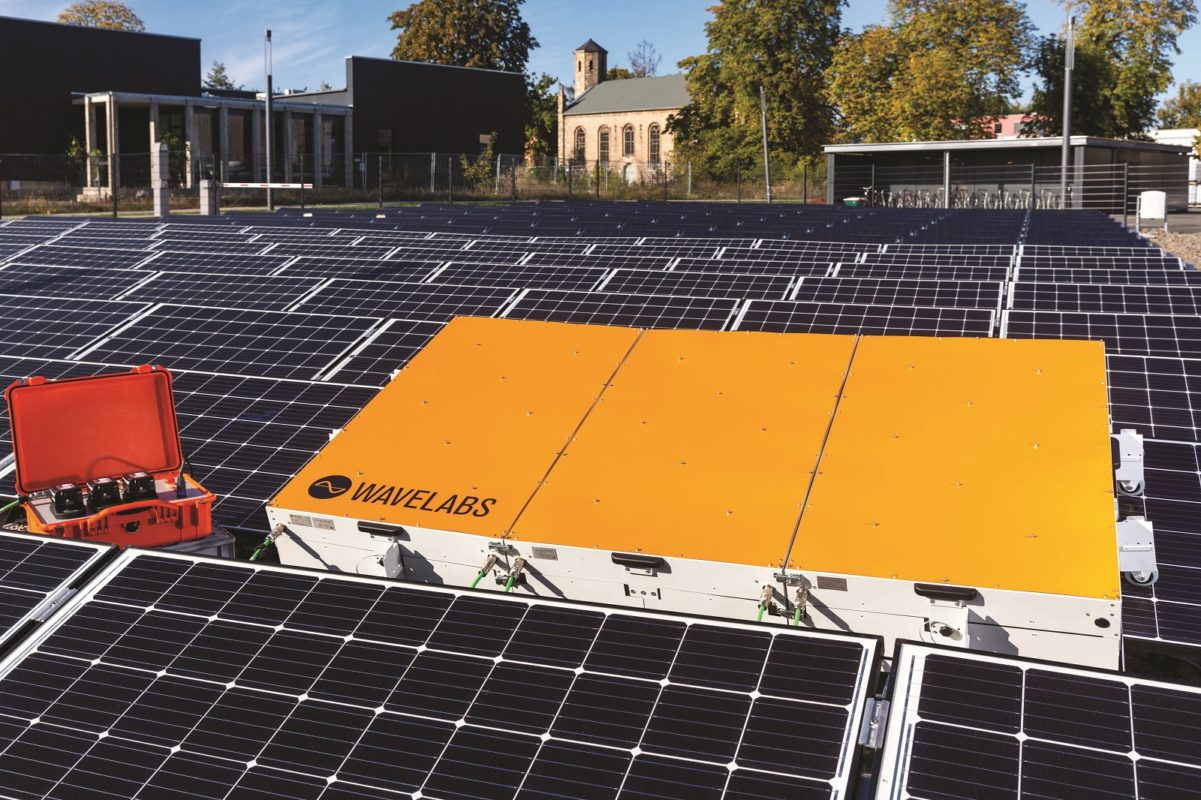 The idea of bifacial solar cells dates back to the 1960s [1] and describes the ability of solar cells or modules to convert light from both the front and the rear side into electrical energy. About 10 years ago, technological concepts were introduced to manufacture and mass produce the passivated emitter and rear cell (PERC) in a bifacial design – the so-called bifacial PERC, or PERC+. For PERC+ cells, bifaciality is achieved in an adapted cell process, whereby a full-area rear-side metallisation is replaced with screen-printed metallisation; thus, the rear side becomes translucent [2].

In 2020 bifacial solar cells are predicted to reach a market share of around 20%, and it is envisaged that the market share will grow steadily to around 60% within the next 10 years [3]. Bifacial PERC is expected to play a key role, because it can conveniently be produced on existing PERC production lines, since production capacity is available and is anticipated to grow further [3,4]. With the introduction of PERC+ technology, new degradation mechanisms have come under the spotlight during the last few years. In this paper, the origin and importance of potential-induced degradation (PID) of bifacial PERC solar cells will be explained.

For PERC+ cells, bifaciality is achieved by omitting the full-area metallisation at the rear side of the solar cell in favour of local contacts. However, without this metallisation there is no electromagnetic shielding of the rear side, making it vulnerable to rear-side PID. This phenomenon has been confirmed by reports in a number of scientific publications in the last two years, on laboratory tests with commercially available bifacial PERC solar cells. Two different rear-side PID mechanisms have so far been distinguished. The first – PID-p – is due to a polarisation effect at the rear interfaces; this effect results in a non-permanent reduction in the field-effect passivation and is mostly reversible. The second mechanism – PID-c – is due to corrosion of the silicon; to a large extent, this is irreversible and results in permanent and localised structural damage to the passivation layers.

Depending on the polarity of the voltage and on the type of solar module, potential-induced leakage currents through encapsulating module layers can cause various degradation phenomena. For thin-film modules, it has been known since 2003 that transparent conductive oxides (TCOs) based on tin oxide can corrode under conditions of increased humidity and temperature, if the active layer is at negative potential compared with the grounded module frame [5].

In 2005 a ‘polarisation effect’ was reported for solar modules with back-contacted n-type crystalline silicon solar cells [6]. These modules showed a degradation in performance when they were at a positive potential relative to the module frame. It was assumed that the degradation was based on a field effect that causes deterioration of the electrical surface passivation of the solar cells. This is what is referred to as polarisation-type degradation, or commonly PID-p.

Other degradation phenomena relate to corrosion of anti-reflective layers, cell metallisation and cell connectors, which were also found to be associated with leakage currents through electrical potentials in 2010 [7]. Finally, in the same year a substantial reduction in the power output of solar modules with p-type solar cells was reported [8,9]. This significant degradation of solar modules, referred to as potential-induced degradation, occurs in PV systems where the solar cells are at a negative potential compared with the module frame. In this case, a strong reduction in the shunt resistance, well below 1Ω, in the affected solar cells has been observed.

Through microstructural investigations, the degraded performance was able to be attributed to a large number of nanoscopic shunts in the affected solar cells, which was then called PID-s [10]. An accelerated, yet realistic, test for PID-s on solar cells was developed at Fraunhofer CSP, and test set-ups for the approach became commercially available, e.g. the PIDcon testing tool by Freiberg Instruments [11].

The drop in the parallel resistance due to the PID-s shunts is, however, reversible. After reducing the potential difference, the solar cells heal slowly; this regeneration can be accelerated by increasing the temperature and applying a reverse voltage [8,12].

In subsequent years, a number of countermeasures against PID-s were developed and implemented in state-of-the-art modules and PV systems. Because of the high relevance to reliability and the increasing number of bifacial crystalline silicon solar modules, current PID research activities are now focusing on the investigation of PID effects on the rear side.

This is an extract of a technical paper first published in Volume 23 of PV Tech Power. The full article can be read here, or in the full digital copy of PV Tech Power 23, which can be downloaded for free here