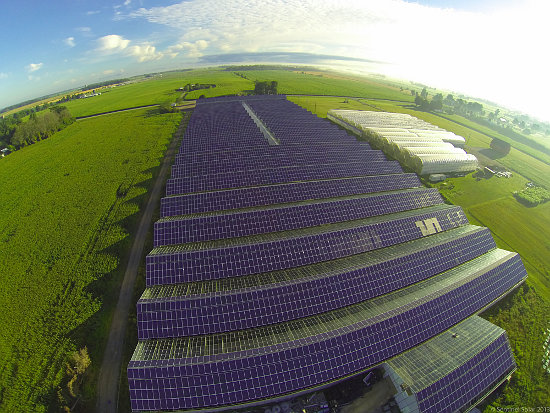 The project, located in Hosapet, India, will be the largest Enphase microinverter-based solar installation globally. Set to be commissioned in July 2018, the PV plant will be developed over seven hectares of land and will be powered by 13,235 Enphase Energy microinverters.

Once completed, the installation will provide more than 7,500 MWh of clean power on a yearly basis to businesses in Bangalore and the state of Karnataka through a mix of short- and long-term power purchase agreements.

The Stuttgart Solar Energy Center spans 192 hectares and has an installed generation capacity of 81MW. Construction on the project lasted eight months and created hundreds of local construction jobs.

Featuring more than 350,000 PV panels, the installation can generate enough energy to power more than 13,000 homes.  A subsidiary of NextEra Energy Resources built the facility and will own and operate it. The energy will serve Entergy Arkansas customers under a 20-year power purchase agreement.

May 29: Amazon has launched a 1.1MW rooftop PV installation atop its North Las Vegas fulfillment center, standing as the company’s second project in Nevada and its 14th rooftop solar installation developed over the past 14 months in the US.

The North Las Vegas project was developed atop a 813,000 square-foot rooftop and is comprised of 3,145 individual modules, amounting to an array the size of 3.5 American football fields. Amazon now has 28 wind and solar energy projects across the US.

US Senator Catherine Cortez Masto said: “Projects like Amazon’s solar rooftop installation will help propel Nevada’s economy into the future and solidify our state’s position as the Innovation State. It will also contribute to the state’s leadership in solar energy production and green jobs. Nevada shares Amazon’s commitment to promoting sustainability and championing renewable energy projects that are good for the environment and that create good paying jobs for Nevadans.”