Race is on for solar finance in ‘decade of action’ 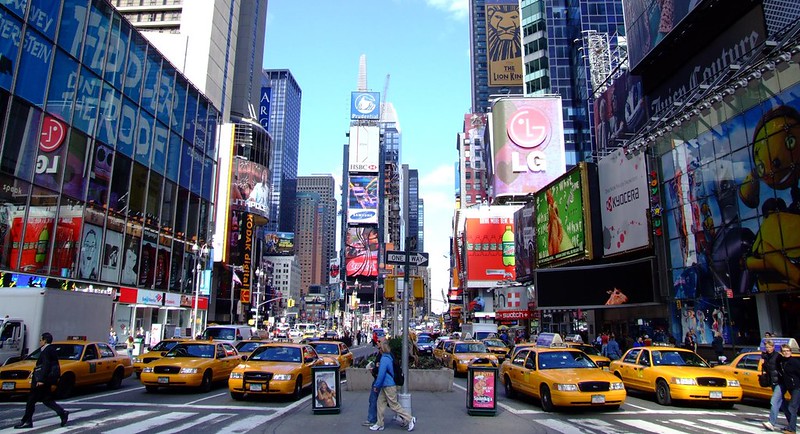 Solar finance has entered a new decade riding a wave of corporate attention and upbeat stats but must pick up the pace in the coming years if the world is to avoid destructive global heating, according to global experts.

Mercom Capital Group’s latest annual update shows solar projects raised US$11.7 billion from private sector sources worldwide throughout 2019, a 20% jump on the US$9.7 billion secured the year prior.

The consultancy linked last year’s “strong” figures to the renewed solar appetites of private equity and venture capital investors, who went from pumping US$1.3 billion (65 transactions all in all) into the industry in 2018 to deploying US$1.4 billion (53 transactions) in 2019.

Despite the 2018-to-2019 boost, last year’s solar corporate finance volumes of US$11.7 billion fall short of those recorded by Mercom in 2017. As shown by the graph below, the industry has not recovered from the corporate funding slump taking place between 2015 and 2016.

Judging by estimates from the International Renewable Energy Agency (IRENA), also released recently, global financing to broader renewables will have to speed up significantly for deployment to reach the scale required to avert catastrophic climate change.

On Sunday, the global body said annual green energy funding must more than double over the coming “decade of action”, soaring from US$330 billion today to US$750 billion by 2030. The figure would ensure renewables cover 57% of global power needs by the end of the decade, IRENA said.

While sizeable, the annual investment gap could be met by diverting funding to fossil fuels, the agency argued, pointing at the US$10 trillion in non-renewable energy funding already planned worldwide through 2030.

Should it refocus on renewables in such a scale, the world would save US$1.6-3.7 trillion in climate change costs every year by the end of the decade, IRENA believes “We know it is possible,” IRENA director-general Francesco La Camera said, “but we must all move faster.” 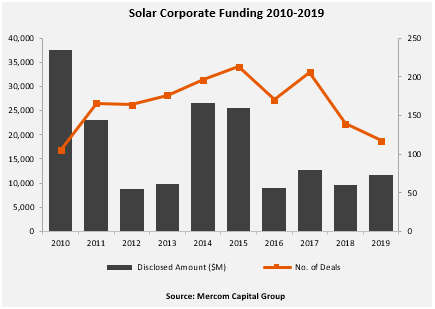 As the calendar speeds through January 2020, solar operators have good reason to feel buoyant about what the decade holds in store.

The dizzying pace of solar progress from 2010 to 2019 is etched all over IRENA’s latest publication. PV costs, the agency notes, have nosedived from US$371/MWh to US$52/MWh between the former and the latter year. Cost parity with fossil fuels is now a reality, IRENA points out.

For those examining global solar on a daily basis, the implications of the LCOE sea change have been plain to see. Cost-competitiveness has brought the once unthinkable – PV being developed without government support – to the world’s four corners, helping drive global deployment records.

Spain, which went this decade from cautionary tale of subsidy u-turns to symbol of subsidy-free potential, is perhaps the most iconic but it is not alone. From China to Germany, from Italy to Vietnam, countries are gradually waking up to the premise that direct solar subsidies may no longer be needed.

The coming of age makes PV dependent on private sector players, who fortunately are responding to the call. Mercom’s 2019 solar funding highlights – including raises by ReNew (US$300 million) and HFE (US$150 million) – show PV-keen financiers are getting bolder, deploying larger tickets.

And yet, complacency may be ill-advised given the fact that while higher year-on-year, solar corporate funding remains (see graph above) a far cry from its 2010, 2014 and 2015 peaks. Can PV become the 8.519TW industry IRENA wants if it has to rely on dwindling private capital?

Increased corporate funding could prove key in an age where solar may become a victim of its own success. The same ultra-low prices making the sector an ally of governments worldwide can cripple long-term economics, in a cannibalisation toxic cycle many are warning about.

Perhaps the past decade’s solar finance dip is partly explained by the fact that many, from lending colossus the EIB to asset management giant BlackRock, are slowly shifting funds from PV itself – perceived as self-sufficient – to more nascent segments such as energy storage and micro grids.

However much of a grown-up in certain developed states, PV will continue to require state support to power developing regions, which need it most. On this front, last year’s move by Norwegian trillions-worth pension giant GPFG towards unlisted renewables could be consequential.

Whether state or private, the players eager to sponsor solar’s journey to terawatts-scale success face a conundrum; the delicate balancing act between letting a cost-competitive technology run free and preventing excessive risks from sending the industry, a climate ally, into the volatility of the past.

The prospects and challenges of solar's new era in Europe and beyond will take centre stage at Solar Media's Solar Finance & Investment Europe (London, 5-6 February).