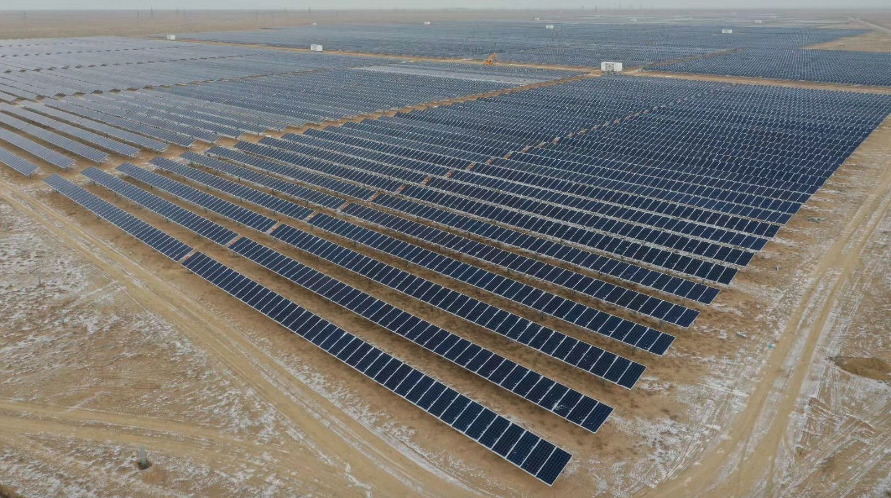 Chinese PV developer and manufacturer Risen Energy has brought online a 50MW solar project, an installation being billed as the first large-scale PV plant in Kazakhstan to use trackers.

Construction of the project located in Chulakkurgan commenced in mid-2019. Risen Energy provided the 330W multi-crystalline modules for the project, while also building a new 110KV booster station and a 110KV delivery line.

Risen, like several of its fellow Chinese players, has aggressively and rapidly expanded worldwide off the back of China's Belt and Road Initiative. Playing a central role in this programme, Kazakhstan stands as a new overseas hotspot for PV players and financial institutions, given its superior light resource and broad market prospects.

Risen styles itself as the first Chinese firm to invest in building solar projects in the Central Asian country. The outfit has received support for 40MW and 50MW systems located there from the European Bank for Reconstruction and Development (EBRD), which is spearheading the multi-million-euro new phase of Kazakhstan’s renewable programme.

Besides Kazakhstan, Risen also has ventures in Ukraine, Malaysia and Vietnam, among other countries.

“The successful grid connection of the project has enhanced our reputation in the Kazakhstan market, and also strengthened the competitiveness and influence in other markets along the Belt and Road Initiative,” said Risen Energy president Xie Jian.

In its Q3 2019 results, the company reported that it had also continued to grow revenue in 2019, having shifted module sales and PV project development overseas after the China 531 New Deal in 2018 impacted its business.