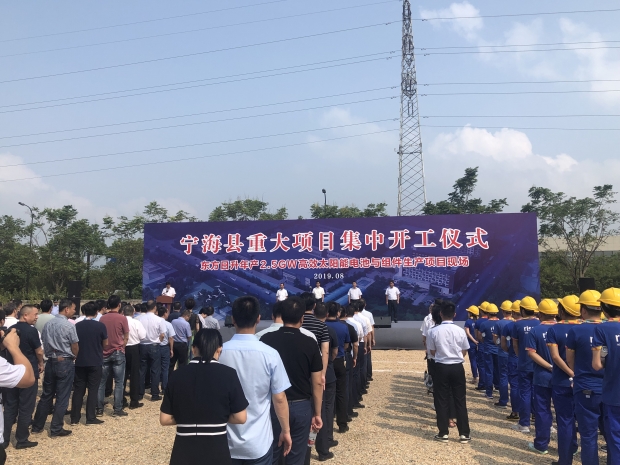 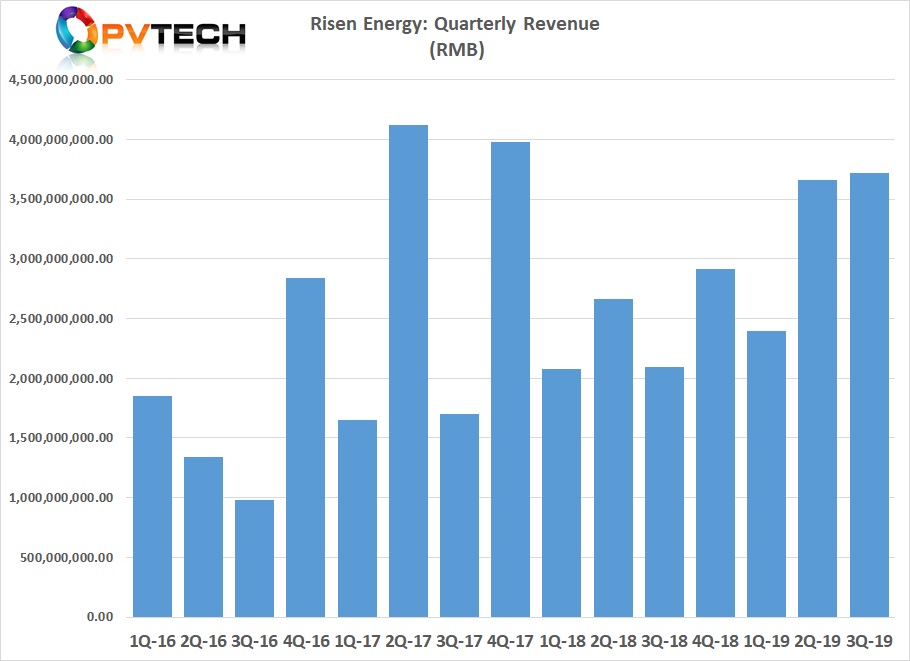 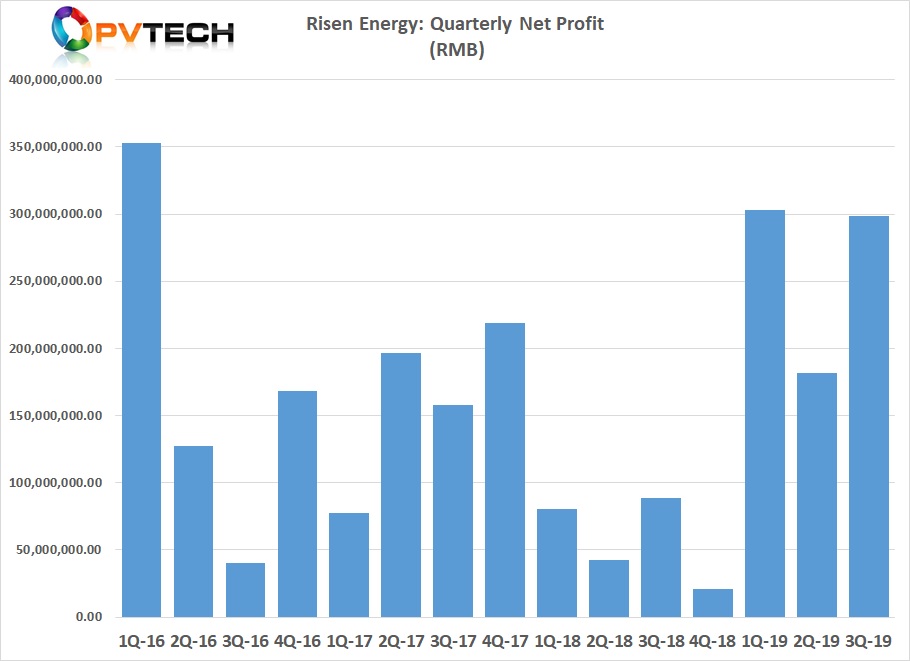 Risen Energy starting ramping its Phase II, 2GW high-efficiency mono PERC cell and module plant in Jintan in June, 2019. The integrated Jintan facility is earmarked to be a 5GW facility when fully-ramped.

A 5GW module assembly plant in Yiwu, China is also expected to start production in the second half of 2019.

Recently, Risen Energy announced the start of construction of an integrated heterojunction high-efficiency solar cells and module production base in Ninghai City. Production is expected in 2021.

Total PV module capacity stood at over 9GW at the end of June 2019. 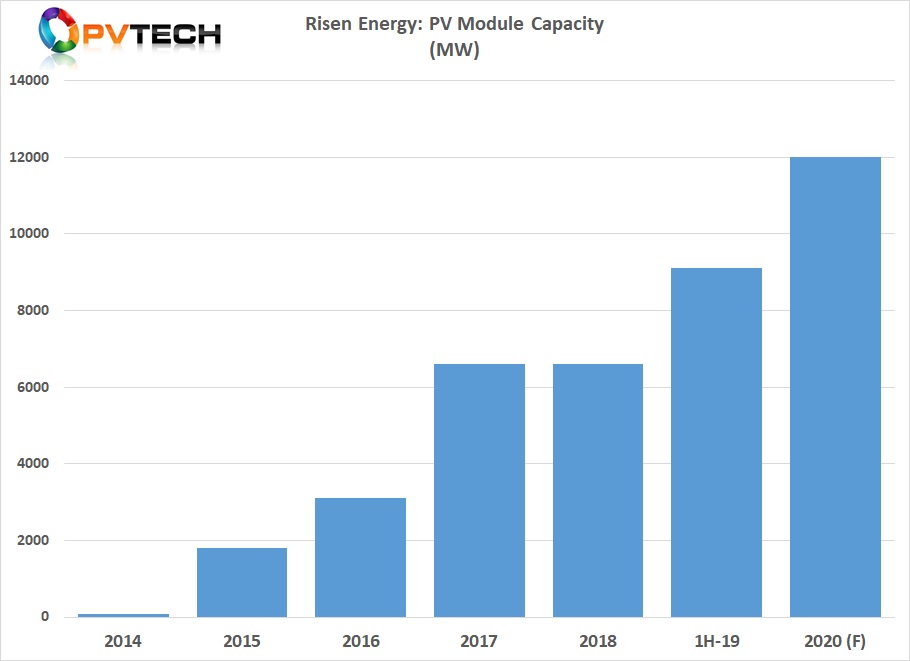 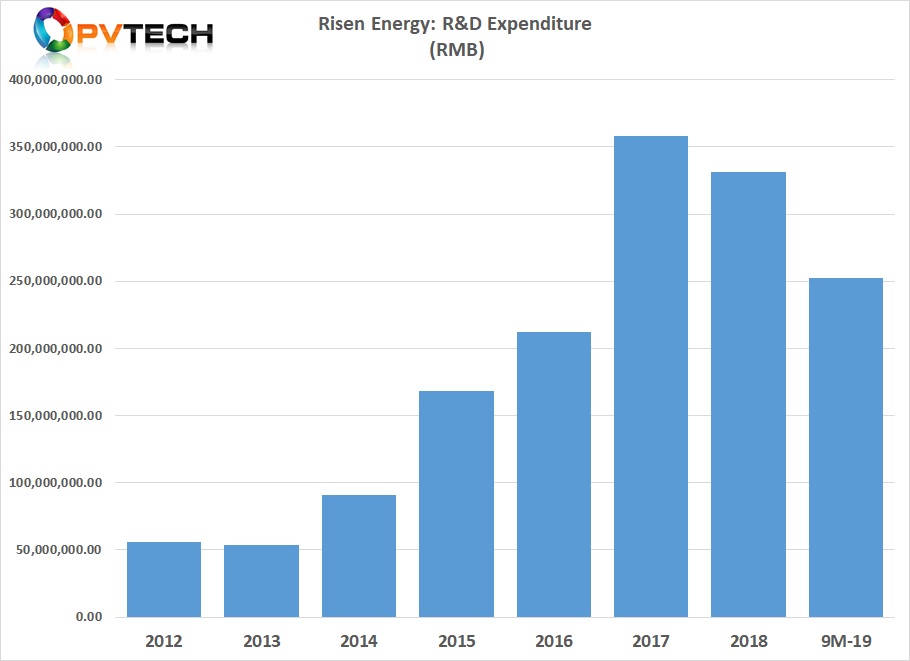 The SMSL highlighted that it had successfully developed its second-generation half-cut cell technology that is expected to further lower cell to module power losses and boost performance with an advanced cell passivation process.

The company's subsidiary, Jiangsu Swick which develops and sells EVA film for modules had reached an annual production capacity of 230 million square meters from three manufacturing plants in the first half of 2019.