Roadmap to exchange renewable energy between Morocco and Europe: COP 22 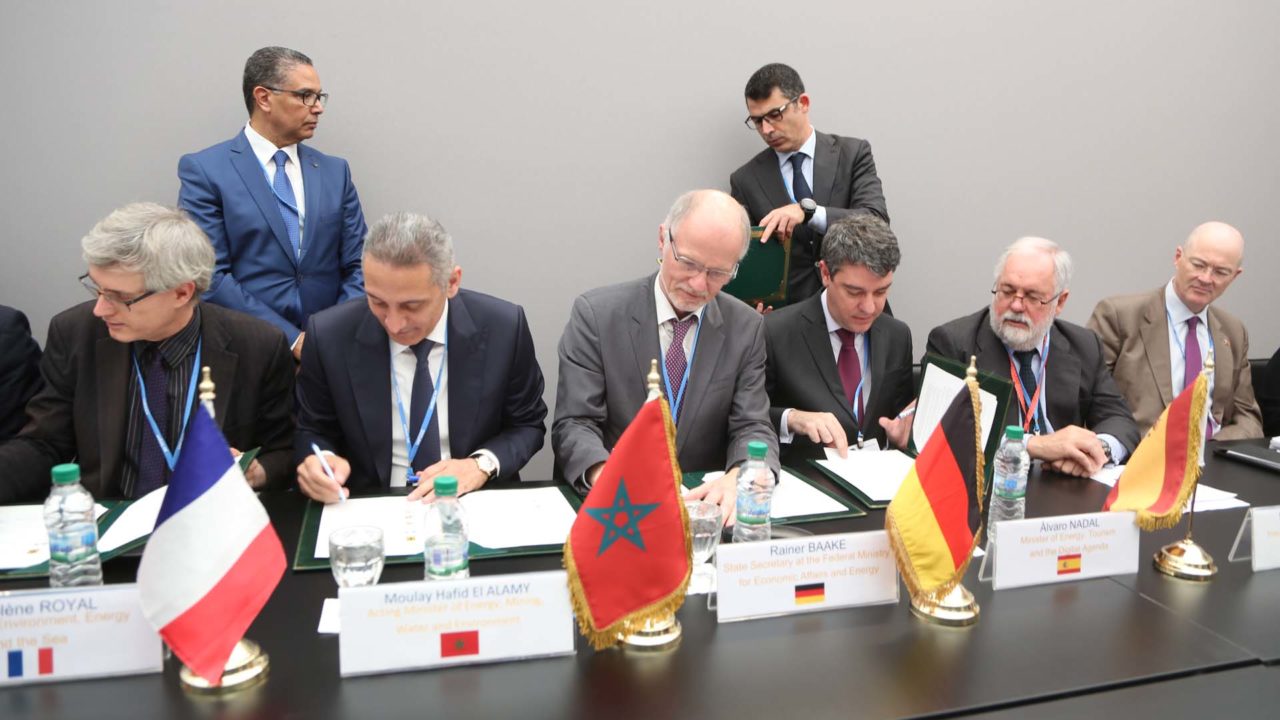 Four European countries have signed a joint agreement to establish a roadmap for exchanging electricity from renewable sources between Morocco and Europe.

Germany, Spain, France and Portugal all signed the non-legally binding statement to support the programme, while in the presence of the European Commission at COP22 in Marrakech.

The signatories will support the SET Roadmap to review economic, legal, regulatory and technical issues relating to the energy exchange, particularly looking at potential grid bottlenecks.

While Morocco has strong renewable resources, exchange of energy betwee the continents could provide mutually-beneficial investment opportunities for all the parties involved as well as generating a significant number of jobs. Electricity market integration between the MENA region and Europe could help relieve the challenges of grid congestion and curtailment of renewable energy.

The Moroccan and the European Union electricity grid are already partially interconnected through Spain. This is expected to be strengthened further through a new interconnection with Portugal.

The Moroccan Agency for Solar Energy (MASEN) was appointed Secretary of the Steering Committee of the project.

It is hoped that completion of the SET roadmap will result in the four European nations being able to sign an implementable agreement in time for the COP23 conference, which will be held in Asia next year.

The initiative comes partly as a result of the Paris Agreement last November, under which developed countries are expected to provide financial support to developing countries to help implement their emissions reductions.

Morocco is implementing the Moroccan Renewable Energy Plan, led by MASEN, with an ambitious target of 52% by 2030. It is already benefiting from support from various donor sources including the EU Neighbourhood Investment Facility and the Clean Technology Fund (of which France, Germany, Spain and Morocco are members), but these sources are limited.

The European countries are also hoping to achieve the renewables targets of the EU's Renewable Energy Directive. The EU has agreed on a binding target for renewables energies of 27% by 2030.