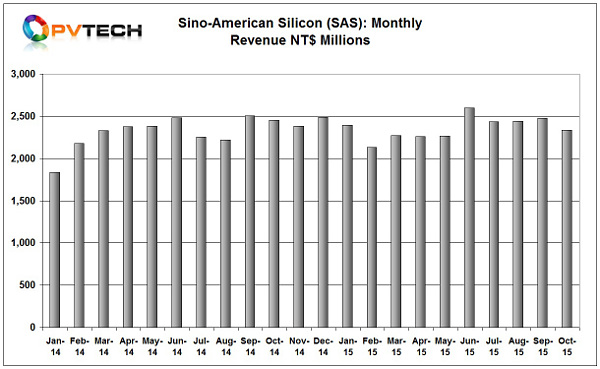 Sales in September were NT$2,474 million, up from NT$2.442 million in August, while sales seem to have peaked in June as the company remains at full utilisation rates.