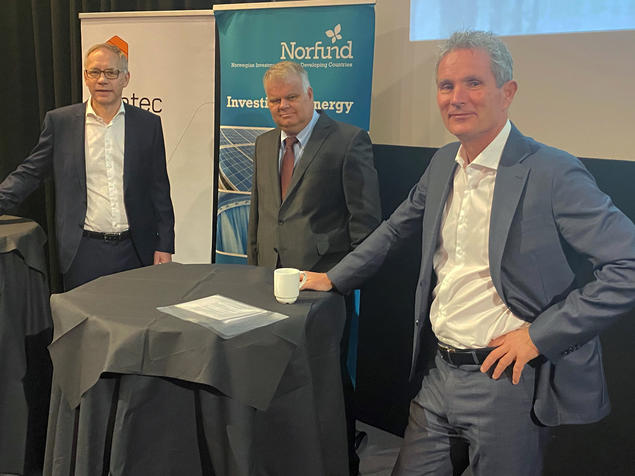 The Norwegian solar developer and independent power producer (IPP) revealed it had signed a binding agreement to acquire 100% of the shares in SN Power in a deal which it said formed an important part of its strategy to become a global, large-scale player across multiple renewable energy technologies.

Scatec Solar is to acquire SN Power from Norfund, the state-owned investment fund which has also been a long-term partner of Scatec Solar’s.

Scatec Solar said the combined company would have 450 employees and 3.3GW of power plants either in operation or under construction spread across 14 separate countries.

In acquiring SN Power, Scatec Solar will take on a 1.4GW portfolio of hydropower assets in the Philippines, Laos and Uganda, as well as a 2.5GW pipeline of prospective projects based mainly in Asia and Sub-Saharan Africa.

Scatec Solar listed a number of strategic benefits to the deal, including both technological and geographical diversification compared to the company’s existing offering and hydropower offering “inherently attractive characteristics” such as storage, perpetual asset life and low operational risks.

“SN Power adds scale and significant cash flow from operating plants and will raise stakeholder value; benefiting customers, employees, shareholders, business partners and the societies in which we operate.”

The group’s earnings from power production are, however, steadily increasing as further projects come to fruition. Scatec Solar’s power production line reported earnings of NOK379 million (US$40.4 million) in Q3, up more than 30% year-on-year.

The firm’s project pipeline also continued to swell, topping 6.5GW on the back of an additional 900MW recorded in Q3 2020, featuring additions in high-growth markets including Brazil, Vietnam and India.

Carlsen said the group continued to see high project development activity across most of its operational markets despite COVID-19 related restrictions.

“We are broadening our growth strategy with an ambition to become a global large-scale player in solar, hydro, wind and storage solutions, and the acquisition of SN Power announced today is an important part of this strategy,” Carlsen said.