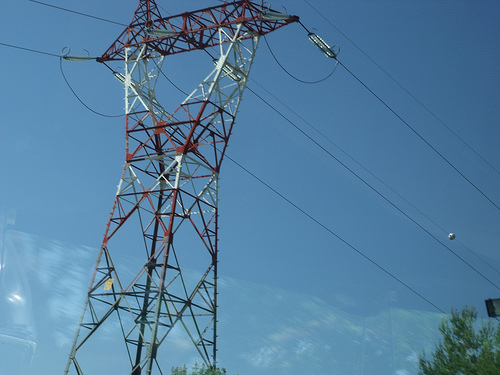 The survey awards top ten spots to the list of utilities that added the most watts per customer in 2015 as well as the top ten utilities in annual MW capacity. The results are based on data that SEPA received from over 330 utilities across the US, comprising a total of 6,428MW of new residential, commercial and utility-scale solar capacity connected to the grid in 2015.

Southern California Edison (SCE) and Village of Minster, Ohio were the two utilities who secured the number one spot on SEPA’s list; for annual MW and watts per customer, respectively. The Village of Minster set a new record, with an unprecedented high of 2,104 watts per customer. SCE connected 1,258 new MW of solar to the grid in 2015, outshining any other utility in the US.

“Today’s recognition is the result of the work that SCE has been engaged in for many years, not just in connecting solar, but in supporting California’s ambitious carbon reduction goals and supporting customer choice in technology through innovation and investment in our distribution grid,” said Caroline Choi, SCE’s vice president of energy and environmental policy in a statement.

“Being the first place recipient in the watts per customer category is a real honour for the Village of Minster,” said Don Harrod, administrator for the Village of Minster, which has a population of 2,850. “The village officials, the mayor realised the benefits of having green energy to really give the residents what our core mission is, and that’s to provide reliable, low-cost power.” 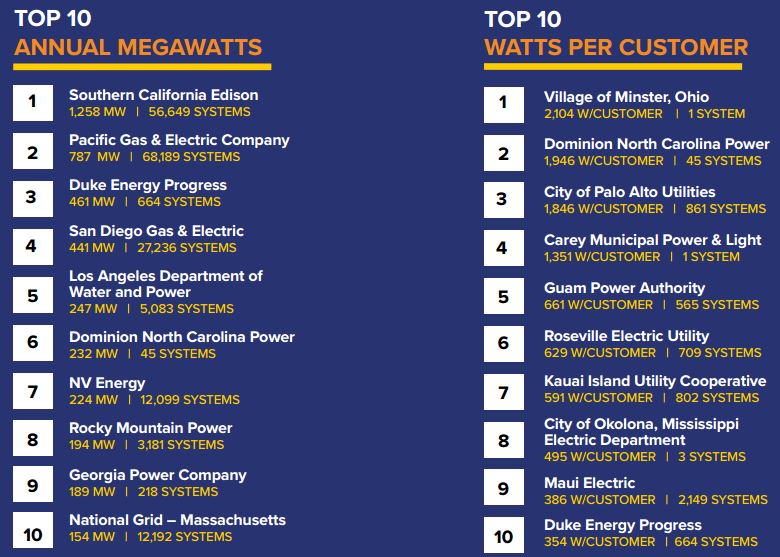 Other survey highlights include the fact that Pacific Gas & Electric (787MW), who had previously topped the pile in total MW for the last consecutive eight years, fell to second place. The third spot was landed by Duke Energy Progress of North Carolina (461MW), marking the first time that a utility outside Carolina has placed at the top of the list.

Surprisingly, the watts per customer list was dominated by municipal and electric cooperative utilities – who managed to bag seven out of the 10 spots. Traditionally, smaller utilities have the edge in this category. Following closely behind Minster, notable utilities placing high on the list include Dominion North Carolina Power (1,946W/customer) and City of Palo Alto Utilities (1,846W/customer). Carey Municipal Power & Light (1,352W/customer) placed third and was joined by other first-time winners City of Okolona Electric Department in Mississippi (495W/customer) and Dominion of North Carolina (1,946W/customer).

Overall, the utilities that made the list account for 65% of all new solar that was connected to the grid in the US last year.

The survey results and additional infographics are available on SEPA’s Utility Solar database. It is to be followed up in June with the annual Solar Market Snapshot, which will provide more analysis and trends from this year’s survey.

“This year’s utility solar market survey truly shows the dynamic nature of the sector, and the positive, proactive role utilities are playing in the energy transition in our country,” said Julia Hamm, SEPA’s president and CEO. “Utilities are responding to consumer interest in solar with cost-effective, innovative programs that provide benefits to their customers and the grid.”

4 October 2022
Solar & Storage Finance USA, the only event that connects developers to capital and capital to solar and storage projects, will be back in November 2022.
sepa, us, usa, utility solar conference, utility-scale solar