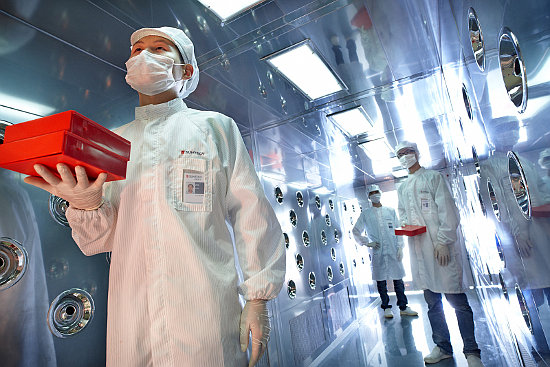 Diversified renewables firm Shunfeng International Clean Energy (SFCE) is close to an agreement to sell its manufacturing operations, which include Wuxi Suntech, as well as other international operations, including power plant monitoring firm, meteocontrol to reduce debts of RMB12,295.3 million (US$1.83 billion).

However, the new Sale and Purchase Agreement will include part of a loan facility provided by Sino Alliance to SFCE that was assigned to manufacturing operations, including Wuxi Suntech. Kin Ming Cheng’s new business entity is expected to assume HK$1,200 million (US$152.8 million) of the total debt of HK$ 2,500 million (US$318.5 million).

The agreement includes a total of 500MW of solar wafer production capacity, 4,900MW of solar cell capacity and 3,000MW of module assembly capacity. Also included are PV power plants in four countries outside China with a total capacity of 21.09MW.

PV Tech recently reported that SFCE expected to report a loss in 2018 of approximately US$254 million, due to PV product ASP declines and impairment charges to its manufacturing operations.
SFCE had losses of RMB 67.2 million (US$10.65 million) in 2017, down from RMB 1,717.6 million in 2016.

The deal is subject to an EGM being held.