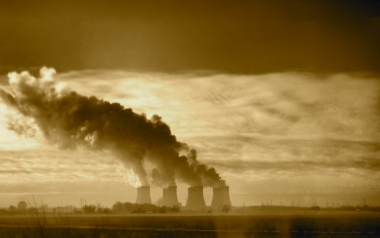 Solar PV is “charging ahead” across the world as it outpaces other renewables, but far more significant action is required if a climate crisis is to be averted, the International Energy Agency (IEA) has warned.

This morning the IEA has released this year’s edition of its World Energy Outlook (WEO), including a mix of worldwide energy trends and forecasts under different models and scenarios.

Solar PV, the IEA has said, is “charging ahead” of other renewables in numerous markets and, alongside gas, is “re-shaping” the power sector entirely. IEA forecasts that solar PV capacity will overtake wind by 2025 and coal in the mid-2030s to become the second largest generation technology, behind only gas.

Such a surge in installed capacity is likely to have significant impacts on global generation mixes and, in turn, the entire power sector, thrusting huge importance on flexibility which the IEA has labelled the “new cornerstone” of electricity security.

The IEA has gone so far as to state that changes to the power mix will need to be addressed with “growing urgency” across the global, which will, in turn, require market reforms, more significant investments in national grids and more prolific adoption of demand-side response, smart metering and energy storage technologies.

But of a far starker nature are the agency’s warnings surrounding the pace of clean energy adoption, specifically if the world remains committed to limiting global warming to within two degrees.

In charting projections for electricity generation capacities and demand, the IEA has suggested there remains a significant gap between its forecasts and staying within those climate targets, requiring what the IEA has termed as a “systematic preference” for investments in sustainable energy technologies.

In simple terms, both developing and advanced economies can no longer invest in carbon-emitting power stations if the effects of climate change are to be limited to limited within two degrees.

Fatih Birol, executive director at the IEA, noted that with more than 70% of global energy investments set to be government-driven, the “world’s energy destiny” is intertwined with global politics.

“Crafting the right policies and proper incentives will be critical to meeting our common goals of securing energy supplies, reducing carbon emissions, improving air quality in urban centres, and expanding basic access to energy in Africa and elsewhere,” he said.

While the IEA's absolute figures for solar power deployment have proven far too conservative in the past, the body has the ear of OECD governments adding weight to its overall message..

6 October 2021
The future is bright for a new era of US solar and storage, and the 8th annual Solar & Storage Finance Summit will provide opportunities to discuss solutions to the industry’s challenges and provide a networking platform designed to bring together the top minds in the industry to do business. With a mix of high-level, informative presentations and panels, a stellar cast of speakers and audience members with deal-making capacity, the 2021 edition of the event will be a sell-out success.
finance, iea, investment, pv power plants, solar pv