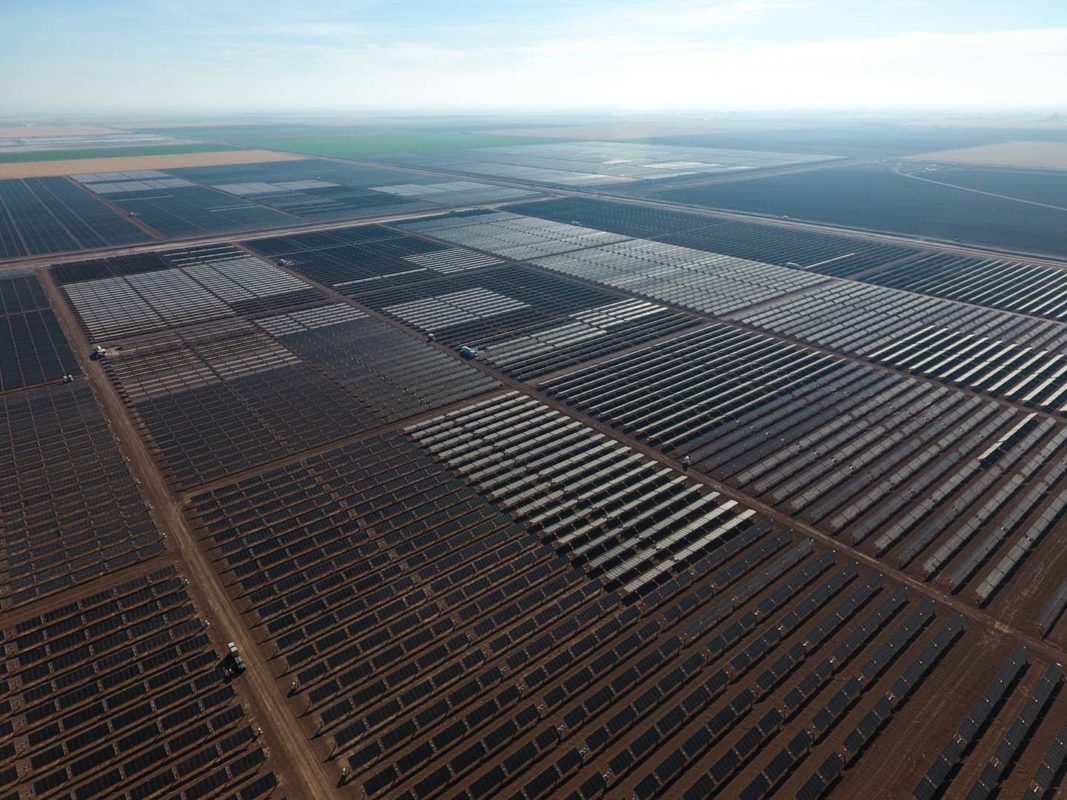 Solar Frontier Americas, the US subsidiary of one of the world’s largest CIS module manufacturers, is nearing completion of two solar plants totalling 106MW in Southern California.

Located in the Imperial Valley, the projects Midway I and II are situated in the great Mojave Desert and were both installed with NEXTracker single-axis trackers and Power Electronics rugged HEC PLUS inverters. Minnesota's Blattner Energy assumed EPC responsibilities for the projects.

The newest additions to Solar Frontier America’s project pipeline join almost 166MW of solar projects in operation or development. Overall, the company manages more than 400MW across the country in various stages of development.

27 June 2023
Join us in London for 2 days as we look at the UK’s new landscape for utility & rooftop solar. Understand the new opportunities within this GW-plus annual market!
california, inverters, nextracker, solar frontier, solar pv, us, usa, utility-scale