The US and Latin America continued to lead the way in the PV tracker market last year, with global shipments surpassing 20GW (up 36% y-o-y), according to the latest Wood Mackenzie Power & Renewables report.

US firm NEXTracker also continues to dominate with more than twice the market share of its closest competitors worldwide.

Latin America became the largest market for solar trackers in 2017 and remains so this year, with 5,851MW in total shipments. It was followed by the US, the Middle East (up 96%) and Australia (up 74%).

March 17, 2021
A Colorado PV park that is said to be the largest agrophotovoltaic research project in the US has been completed with trackers from Solar FlexRack 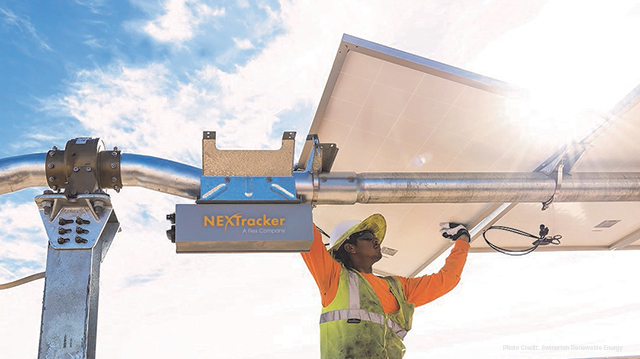