Storage industry pleased, solar not so much by Massachusetts’ latest renewables bills 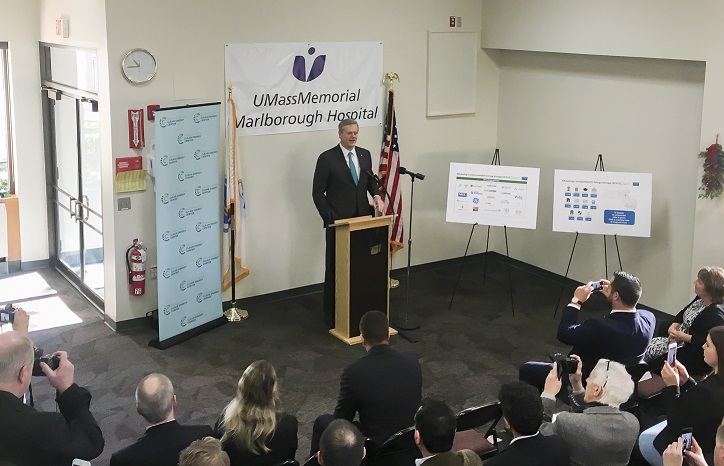 Bill H4857, ‘An act to advance clean energy’, determines a new ‘Clean Peak Standard’ through which the impacts of peak demand and especially the use of fossil fuels to meet that demand would be encouraged, as well as a revision to the state’s Renewable Portfolio Standard (RPS) which would see the RPS raised by 2% each year through to 2029. Under that set of conditions, the RPS could be close to 50% by 2030, from 13% today.

The legislation determines energy storage systems to be among qualifying RPS ‘clean peak resources’ to reduce peak demand along with demand side response. Such resources were defined as those that: “generate, dispatch or discharge electricity to the electric distribution system during seasonal peak periods, or alternatively, reduces load on said system” in the bill. Energy storage systems must be primarily operated to store and discharge renewable energy.

Retail electricity suppliers will have to provide a minimum percentage of clean peak electricity to customers, electric distribution companies will have to start producing maps of congested and constrained areas and demonstrate how they are building resilience and flexibility into their networks. Distribution companies have also been permitted to explore ‘non-wires alternatives’ (NWAs) to infrastructure upgrades, for which energy storage is increasingly being looked at as one of those viable NWAs. Competitive solicitations must be held in these instances. By mid-February 2019, distribution companies will also have to report to the department of energy resources detailing the energy storage systems installed in their service territories.

Perhaps most strikingly, the bill includes a 1,000MW energy storage target for the state. The state’s department of energy resources has been instructed to consider a variety of methods to foster this, which could include changing the methods by which energy storage systems are procured that would value their benefits more accurately than incumbent methods. The target should be reached by 31 December 2025.

According to the national trade group Solar Energy Industries’ Association (SEIA), Massachusetts currently meets around 8.6% of its electricity needs with solar. It is also the second biggest employer of workers in the solar PV industry among US states.

The bill has ruled that electric services company Eversource could not impose proposed extra fees, which SEIA also described as “complex”, onto solar customers. Eversource is the state’s largest utility. However, SEIA also slammed the fact that the bill does not raise state-wide caps imposed on net metering for non-residential customers. According to the trade group, three utilities in the state have already reached caps in their service areas which has “stalled projects throughout the state”.

Despite expressing dismay at this latter provision, SEIA recommended that Massachusetts Governor Charlie Baker gives the final approval for the bill’s passing into law.

“Massachusetts lawmakers showed that solar consumers should not be punished with complicated fees, rejecting a decision that would have halted solar growth in the Commonwealth. Allowing utilities to discriminate against homeowners simply for adding solar to their roofs is always the wrong decision, which is why it hasn’t worked in other states.

“However, the bill failed to raise the net metering caps, a move that means some Bay State businesses and communities who want to go solar are unable to do so. Across the state, solar projects, jobs and millions of dollars of investment remain stalled. Nevertheless, the bill overturns a wayward ruling that would have hurt consumers and raises the state’s renewable energy goals, which is why the Governor should sign this bill.”

H4857 and in particular the accompanying bill H4756 were welcomed with less reservations by the US Energy Storage Association (ESA). The trade body’s CEO Kelly Speakes-Backman issued a statement applauding the “bipartisan, innovative energy policies” in H4756, which pertains more directly to the ‘Clean Peak Standard’ and energy storage’s role.

“The leadership exhibited by the Massachusetts House and Senate this legislative session – especially by members of the conference committee – will advance the Commonwealth’s clean energy goals and enhance grid resilience. We especially appreciate the leadership of Telecommunications, Utilities, and Energy Committee Chairs Rep. Tom Golden and Sen. Mike Barrett for facilitating a productive conference committee,” Speakes-Backman wrote.

A previously published department of energy resources report, 'State of Charge', from 2016, highlighted that the Commonwealth state could realise US$2 billion in net ratepayer benefits, as Speakes-Backman pointed out. Massachusetts had also already in summer 2017 set an 'aspirational' 200MWh energy storage procurement target for electric distribution companies.

The CEO also praised the creation of the Clean Peak Standard’s market mechanisms to evaluate the time of day value of clean energy resources, which Speakes-Backman argued, energy storage is well-positioned to obtain maximum value from charging batteries and other storage at off-peak times for later dispatch.

“This legislation will position the Commonwealth as a leader among states like California, New York, and New Jersey in breaking down the hurdles to cost-effective energy storage deployment. We look forward to working with Massachusetts state agencies and all stakeholders to implement these forward-thinking initiatives, which will attract industry jobs and ensure that the Commonwealth achieves the benefits associated with realising the industry’s vision of 35GW of energy storage by 2025,” the CEO’s statement concluded.

ESA greeted the 1,000MW energy storage target and the “first-in-a-nation” Clean Peak Standard. Interestingly, Arizona’s legislature has also tabled discussion of a Clean Peak, which Strategen Consulting’s Lon Huber said in January this year was a “wake-up call” to other states. It appears Massachusetts listened and woke up.