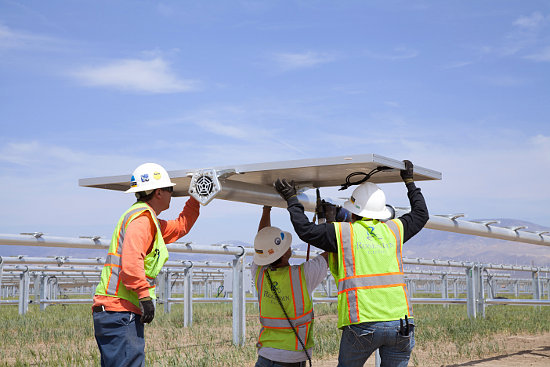 Initially, First Solar had announced plans to sell its stake in the yieldco in May, 2017 as it sought to recoup its investment and boost its balance sheet during the time of heavy capital expenditure requirements with the manufacturing migration from its Series 4 CdTe thin-film modules to its large-area Series 6 module format.

During SunPower’s second quarter earnings call, management noted that its own assessment of attracting a new investor to replace First Solar had led to the realization that the demand from potential investors centred on purchasing the yieldco in its entirety.

SunPower also highlighted its strategy to return to profitability in 2018 through becoming a more streamlined business and have less complex accounting with greater transparency would benefit by selling the yieldco. The sale of 8point3 would also mean the company could retire a convertible bond due in 2018, limiting shareholder dilution.

The company has a convertible bond of US$300.0 million, due June 1, 2018, which parent company Total holds US$200 million. SunPower noted in financial filings that it would find it difficult to retire the bond, due to lack of liquidity.

The company also noted that it was looking at selling the majority of its residential rooftop solar leases (400MW) as part of that strategy.

15 September 2022
Bifacial PV modules will be the dominant solar PV technology globally within one or two years; in the utility-scale sector, their market share is already above 70%. This webinar will provide a clear view on the successful implementation of bifacial technology, maximizing system performance and minimising LCoE.
8point3 energy partners, first solar inc, pv power plants, sunpower corporation, yieldco