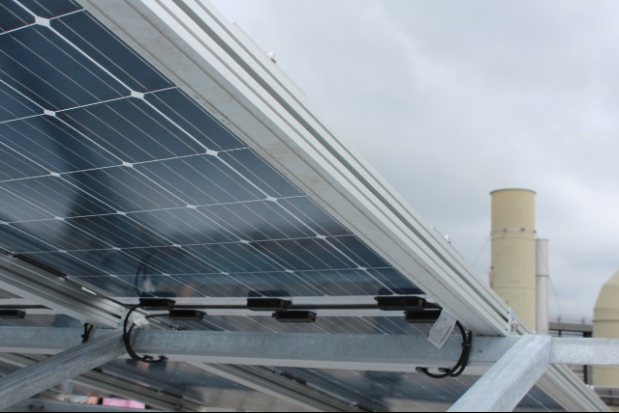 The proposed subsidy reductions for large-scale PV next year should have a minimal impact on the industry, Tom Wang, general manager at inverter supplier LTI RE Energy, told PV Tech.

“The FiT is less than 3% lower,” he said. “I don’t think there is an impact because the reduction is minor. Next year [Taiwan’s] installation capacity will be much higher than this year, especially the large-scale ground-mount projects.”

Matt Tsai, project manager at Taiwan's Industrial Technology Research Institute (ITRI) told PV Tech that the FiTs have continued to be cut due to the lowering costs of building PV projects and equipment this year. However, while Tsai was positive about the FiT mechanism overall, he noted that the frequency and uncertainty of reducing the FiT rate every year have caused some “industry investment concerns”.

Back in October, a Fitch Solutions report also claimed that Taiwan is expected to become one of the fastest-growing solar markets worldwide despite this year’s FiT reductions.

Jerome Tan, chief investment officer at developer New Green Power, told PV Tech that the FiT levels were in line with expectations and were generally positive for the industry, showing continued government support for the adoption of renewables.

However, New Green Power had been hoping for a bonus to be introduced for dual-use PV projects, for example where a solar plant is installed above aquaculture (rearing fish beneath a solar farm) or where panels are installed above operational farmland. Dual-use PV installations are seen as more expensive than normal plants, so some industry members had hoped for an incentive from the government. This is especially important in Taiwan, where land availability is highly constrained.

The government has previously responded to industry concerns around the costs of ultra high voltage equipment in Taiwan, introducing a bonus for such equipment. However, it has yet to follow suit with dual-use solar, Tan said.

The Bureau of Energy and Ministry of Economic Affairs released the draft FiTs last week.

The highest FiT rate is for the 1-20kW class of installations and this has seen the smallest reduction.

Asked whether the high-efficiency incentive had been set at an effective rate, Tsai said it was difficult to determine before noting that most PV projects in the country are already going for high-efficiency panels. The effectiveness of the remote project incentives will be seen in application statuses next year, he added, but the rates have met the sector's expectations.

Meanwhile, the purchase rates for biomass, waste, and small hydropower have increased slightly by 1% to 4%, which will continue to encourage the diversified development of renewable energy, according to the Ministry.

The Ministry of Economic Affairs has scheduled to hold a hearing on the “109 Annual Renewable Energy and Energy Purchase Rate and its Calculation Formula Draft Hearing” on 12 December.

Despite the industry not being rocked by the FiT changes, sceptical industry operators warned at Energy Taiwan 2019 (covered in-depth by PV Tech onsite) that Taiwan’s government risks failing to make good on solar growth pledges unless it acts to clear structural hurdles such as land shortages on an already densely packed island.