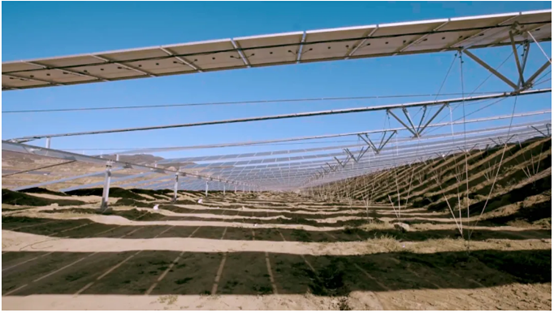 Chinese EPC TBEA New Energy has debuted a new flexible mounting structure designed for use in rugged terrains at a 300MW project on a former open-pit coal mine in China.

The structure, which sees modules affixed to mounts that slope according to the terrain’s elevation, has allowed for three-times the generation that would have ordinarily been possible, the company said.

TBEA New Energy completed the 300MW grid-parity solar project in Jiaokou County, Shanxi Province, last week, connecting it to the region’s grid. It is expected to produce around 408GWh of electricity each year.

The facility is a 2018 investment promotion project located within an open-pit reclamation area formerly of Yongxing Coal Industry. The land, given its former status as an open-pit coal mine, is not suitable for agricultural purposes, making it ideal for solar generation.

But the land itself is rugged and features numerous slopes caused by coal extraction, requiring TBEA to produce flexible support and structure technologies to make best use of the available land. 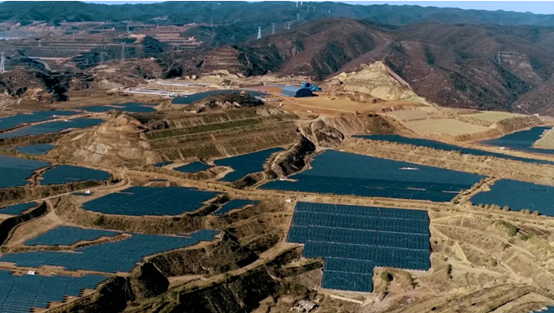 A TBEA representative said the result of utilising the new structure was a project with three-times the capacity that would have been possible using conventional fixed supports.

In addition, the structures ended up reducing overall construction costs, improved the site’s safety and durability and improved resistance to gale-force winds. Engineering and technical teams were present on site to learn from and solve problems encountered in the construction phase.

TBEA said replicating the use of such structures stood to optimise projects to boost energy supply and make best use of grid connections in numerous regions.