Major polysilicon and merchant solar cell producer Tongwei has resumed production at its 20,000MT polysilicon plant in Leshan City, Sichuan province after damage, due to severe flooding in the region forced the plant to close in mid-August, contributing to a spike in polysilicon prices at the time.

The company said that workers at the subsidiary, Yongxiang Polysilicon had worked for 68 days, 24 hours a day to restore production. Tongwei has around 80,000MT of polysilicon production capacity.

The company reported total group revenue of RMB12.93 billion (US$1.92 billion) for the third quarter of 2020, despite the forced closure of one of its polysilicon plants, up from US$1.62 billion in the previous quarter. 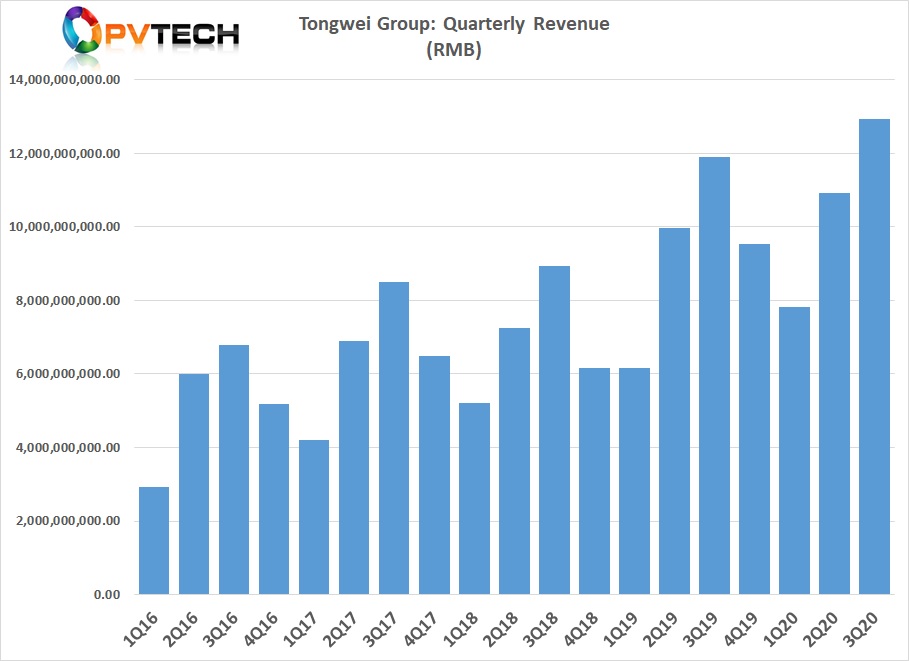 Net profit in the quarter was a significant RMB2.33 billion (US$345.8 million), compared to US$99.1 million in the previous quarter.

However, net profit after deductions for non-recurring gains and losses were US$286 million, still more than two times higher than its previous quarterly record and 48.57% higher than the net profits for the nine-month period, year-on-year. 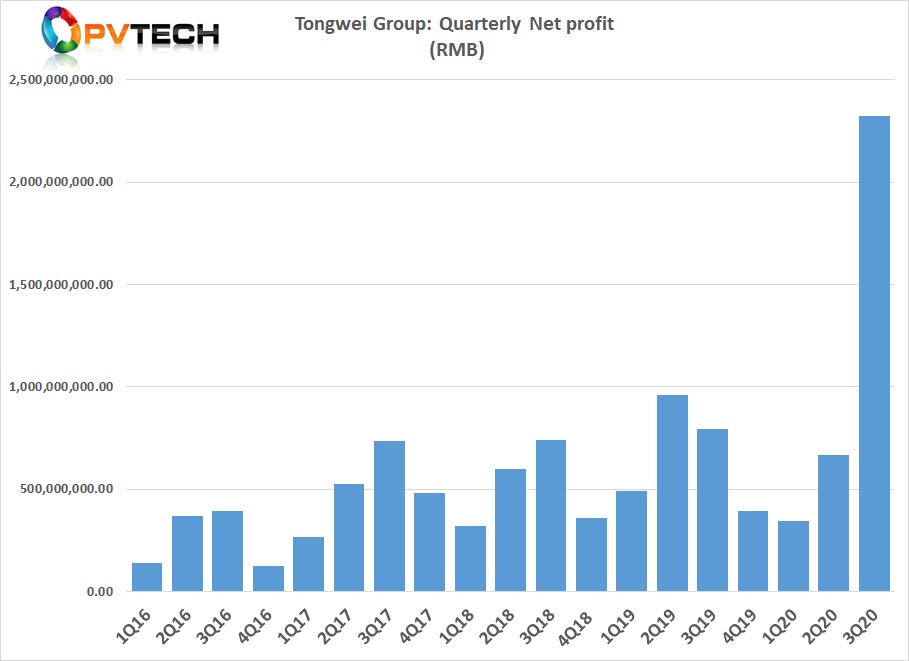 11 October 2022
PV CellTech Extra will be held as a series of live webinars and on-demand sessions on 11-13 October 2022. We'll be taking a slightly further forward-looking view at the technologies and roadmaps for new cell architectures set to dominate mass production during 2023-2025 with special emphasis on the potential timelines for technologies beyond the single-junction cell design, including perovskite and hybrid concepts.
c-si manufacturing, china, polysilicon, solar cell, tongwei group