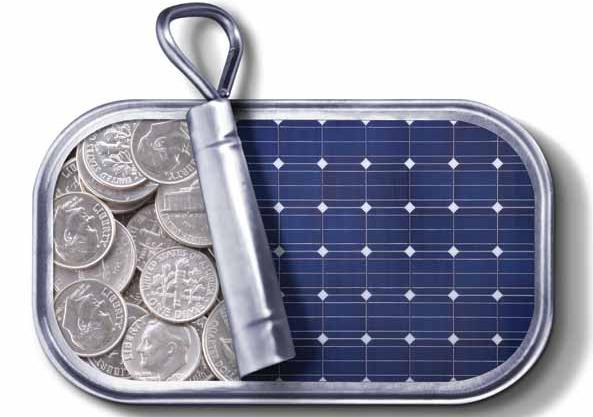 There should be no surprises regarding the top five ranked PV module manufacturers in 2015, as they form the backbone of the key six-member 'Silicon Module Super League' (SMSL), which PV Tech highlighted in late November 2015.

The Top 10 PV module manufacturers list for 2015 is based on actual module shipments through the first nine months of last year and guidance figures as well as detailed analysis of over 45 leading manufacturers' expected shipments for the full year.

One of the challenges in assessing module shipments of the top 10 producers last year was the rapidly deteriorating business position of SMSL member, Yingli Green.

The company had initially started the year with shipment guidance of 3.6GW to 3.9GW, which would have placed it as the fourth largest PV manufacturer at year end.

However, pinning down shipments for Yingli Green in the second half of the year was as dangerous as trying to catch a falling knife. Despite giving lowered shipment guidance for two consecutive quarters, its nearest rival in the rankings, Shunfeng International Clean Energy (SFCE), was not going to close the gap sufficiently, despite strong shipment growth to surpass the falling Yingli Green.

SFCE was ranked eight in 2015, a significant improvement from 10th position in 2014.

As can be seen below, Yingli Green fell several ranking positions from initial shipment guidance at the beginning of the year, but actually tumbled being ranked second in 2014 to seventh in 2015.

Separating the SMSL members from the top six ranking positions was CdTe thin-film leader, First Solar, which had built shipment momentum through the year and later revised shipment guidance upwards to 2.8GW to 2.9GW. First Solar therefore climbed two ranking positions from 2014 and stopped its slow rankings fall over the last few years.

Another company with high shipment hopes at the beginning of 2015 was ReneSola, which despite having had no intentions of adding new capacity certainly could have shipped more in 2015 than the previous year, having nameplate capacity of around 500MW higher than its shipments in 2014.

However, that didn’t happen and shipments were below the previous year, dropping ReneSola from being ranked sixth for two consecutive years to ninth in 2015.

Despite capacity constraints for the last two years at SunPower, the limits to shipments have not really impacted its rankings position. The company sneaked back into the top 10 at the bottom of the table having hovered around the 11th position for several years.

High utilisation rates, small incremental capacity increases and an initial nameplate capacity higher than lower ranked producers were behind its edging back into the top producer list for 2015.

The analysis of over 45 leading manufacturers also indicates that competition for ranking positions in the next 10 lower positions has intensified over the last 12 months with a growing cluster of manufacturers with shipments in the 1GW region.

Possible or already planned capacity expansions in this lower-league cluster would significantly reshuffle the pack in 2016. This is also expected to lead to increased competition at the bottom of the top 10 rankings over the next three years and could lead to several new entrants from Asia.

The biggest loser in the 2015 rankings has been Sharp Corporation, dropping completely out of the Top 10, after being ranked third in 2013 and seventh in 2014.