London-listed TRIG has acquired a 100% interest in four solar PV sites in the province of Cadiz, Spain. The transaction, which is subject to final checks, is expected to be completed for three of the projects in Q3 2021, with the final one looking to be signed off by Q1 2022.

The projects have been developed and are being built by Norwegian utility major Statkraft, with construction expected to finish in Q4 2022.

The investment will be funded through TRIG’s revolving credit facility, retained earnings or capital raised from equity issuance. Its credit facility is currently £141 million (US$194.6 million) drawn, with this expected to increase to £200 million (US$276 million) following the acquisition, the company said.

Once completed, the projects will represent roughly 6% of TRIG’s portfolio value.

“This first investment [in] the Iberian region is a landmark for TRIG, and complements the existing portfolio. It builds on the portfolio’s technological and geographic diversification, which are key to long-term portfolio resilience,” said TRIG chairman Helen Mahy CBE.

Meanwhile, Mytilineos, through its Renewables and Storage Development (RSD) business unit, has signed an agreement with Enel Green Power Romania, part of the Enel Group, for a 90MW solar portfolio in southern Romania. It consists of two projects, which are expected to begin commercial operations by the start of 2023 at the latest.

The biggest project, Calugareni, is a 63MW shovel-ready solar farm, with construction being scheduled to start by the end of 2021. The remaining 26MW project is currently under development. The projects have been developed in cooperation with Renergy Power Plants, although Mytilineos’ RSD unit will undertake any further development and construction.

“We have been one of the first companies to invest in solar energy in Romania a country with great potential in the development of RES, and we are proud to contribute to the Country’s Energy transition,” said Nikos Papapetrou, General Manager of the RSD Business Unit.

In financial results release in July, Mytilineos recorded a net profit of €77 million (US$91 million) in H1 2021, however the firm’s renewables division witnessed a drop in revenue year-on-year

Central and Eastern Europe now represents a huge opportunity for solar companies, with markets in Poland, Bulgaria, Hungary and Romania, totally 6GW already. To learn more about utility-scale solar in this region, sign up to Solar Media’s Large Scale Solar Central and Eastern Europe (LSS CEE) event from 16-17 November in Warsaw, Poland which will bring together policy-makers, offtakers, developers, investors, lenders and other market players to understand the latest regulatory frameworks, how pipelines will develop and to win business. A link to the event can be found here. 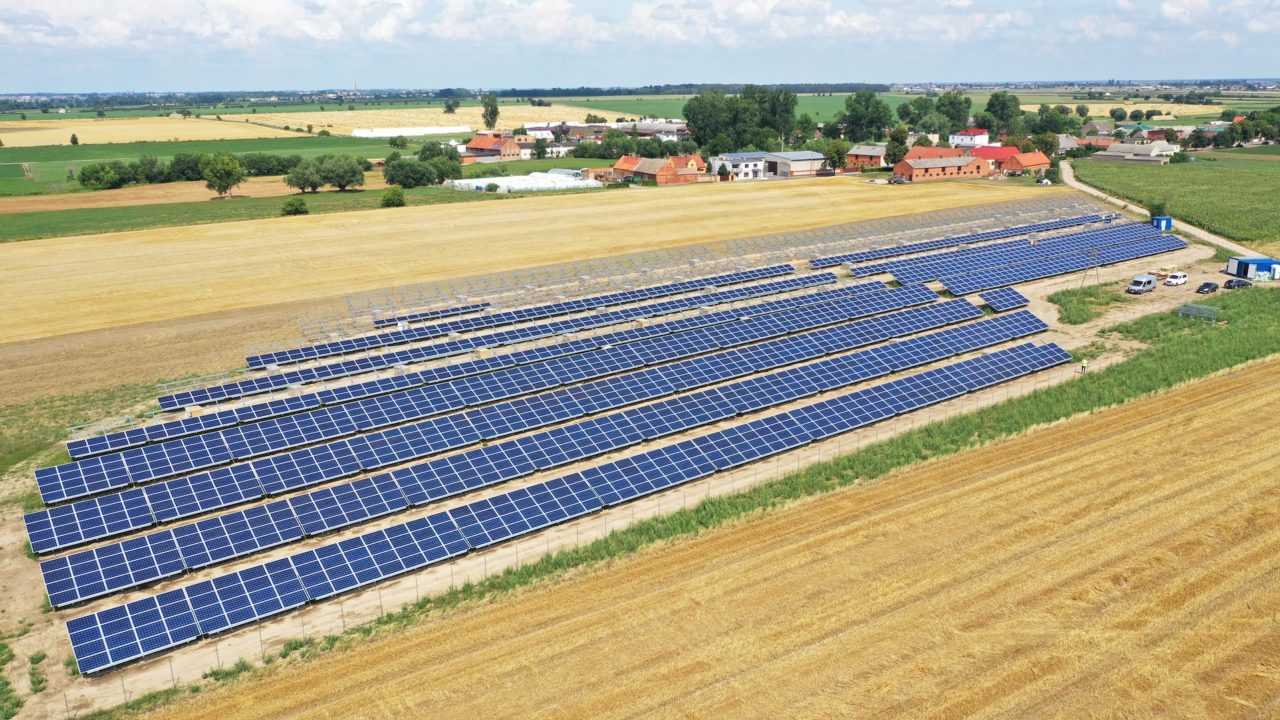 September 8, 2021
lish developer R.Power has entered the Romania solar market through a partnership with an unnamed renewable energy company that will see the two develop a solar portfolio totalling 100MW

September 6, 2021
Quanta Services has entered into a definitive agreement to acquire Blattner Holding Company, a utility-scale renewables solutions provider that has overseen more than 12GW of installed solar assets, in a deal worth US$2.7 billion.