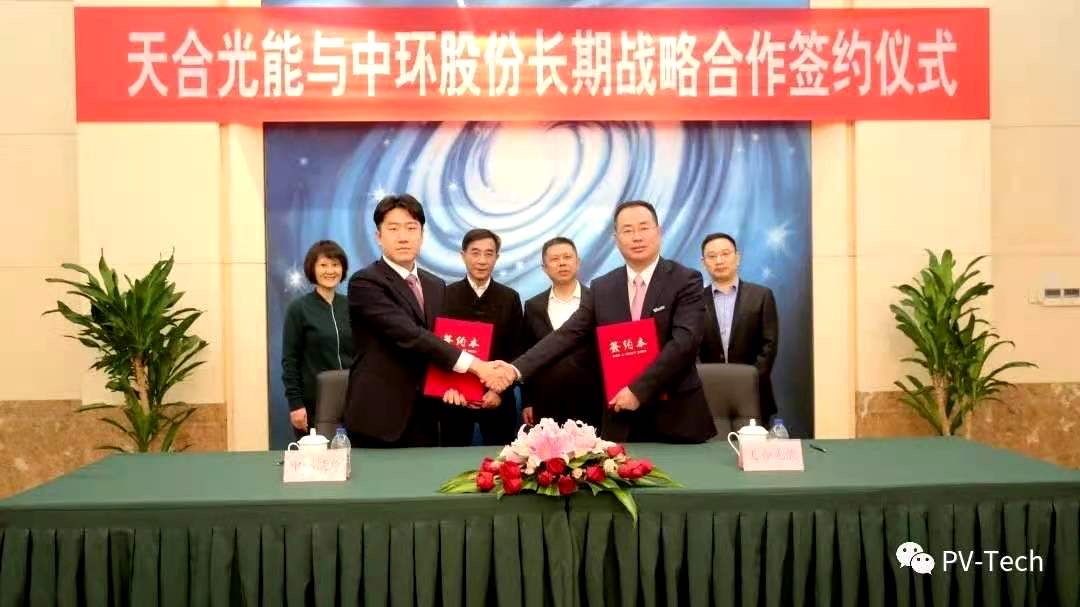 Trina Solar has bolstered its solar wafer supply line with the signing of a 1.2 billion wafer deal with Zhonguan Semiconductor, valued at RMB6.5 billion (US$990 million).

Under the terms of the deal, Zhonghuan subsidiary Huan’ou International will sell 1.2 billion G12, 210mm wafers throughout next year, among the largest orders for 210mm mono wafers to date.

Zhonghuan released the large-area size G12 wafers in H2 last year and since then, the PV industry and supply chain has changed dramatically.

The extra-large, diamond wire-cut mono square wafer, with a side length of 210mm, is 80.5% larger than the conventional M2 wafer, which contributes to higher photoelectric conversion efficiency and production efficiency.

The deal struck between Zhonghuan and Trina represents yet further success of the G12 wafer and, speaking at a signing ceremony held at Trina’s headquarters in Changzhou, Trina chairman Jifan Gao said the supply contract would provide strong support for the manufacturers 210mm cell and module capacity plan.

According to Haoping Shen, general manager at Zhonghuan, the company has been pursuing a long-term and steady development strategy to stay competitive in the wafer market. According to PV Tech analysis, by the end of 2020, Zhonghuan's G12 wafer production capacity is set to reach 19GW, and 50GW in 2021 as a result of capacity released from a Phase IV expansion project.

Signing of the contract came in the same week that Trina unveiled a raft of other supply chain arrangements, including the formation of a landmark joint venture with polysilicon and solar cell manufacturer Tongwei, and two further deals with solar glass provider Almaden and wafer manufacturer Wuxi Shangji.