President-elect Trump has selected several of his cabinet members already, with the common theme being a shared climate scepticism and a kindred affinity for fossil fuels.

The energy industry has reacted, with some despairing and others cautiously optimistic. 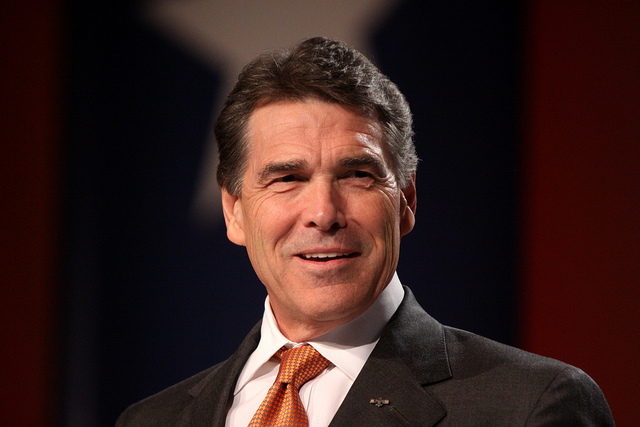 The former Texas governor will assume the role currently occupied by nuclear physicist Ernest Moniz. The nomination puts Perry in charge of an agency that he not only forgot the name of, but also proposed abolishing during a debate in 2012 during a failed White House bid.

Perry is an ardent advocate for oil drilling, being on the board of directors at Energy Transfer Partners, the company behind the Dakota Access Pipeline. Furthermore, the Washington Post points out that Perry depicted anthropogenic climate change as “a contrived phony mess” in his 2010 political book Fed Up!

Perry and Trump have that opinion in common, with the president-elect defending his choice for energy secretary in a recent statement: “As the governor of Texas, Rick Perry created a business climate that produced millions of new jobs and lower energy prices in his state, and he will bring that same approach to our entire country as secretary of energy.”

Some energy industry insiders reacted in a different tone to the nomination, doubting Perry’s suitability for the role.

Ken Kimmell, president of the Union of Concerned Scientists

“The Department of Energy has the critical responsibilities of maintaining our nuclear weapons stockpile and responsibly managing the resulting radioactive waste, tasks with which Governor Perry has little experience. The agency also plays an important role in advancing national energy policy, an area where he has a lot to contribute.

“However, the fact that Governor Perry refuses to accept the broad scientific consensus on climate change calls into question his fitness to head up a science-based agency like DOE. His nomination only adds to concerns ignited last week by a questionnaire Trump’s transition team sent to DOE aimed at ferreting out employees focused on climate-related agency work.”

“For renewable energy advocates who had hoped that Trump’s over the top support for fossil fuels and against climate science was just campaign trail pandering his cabinet picks have been a bitter wake up call,” Ronen told PV Tech.

“It’s hard to imagine a starker contrast between Obama’s first Energy Secretary, a Nobel prize winning scientist who launched the ambitious SunShot goal of making unsubsidized solar cost competitive by 2020, and an anti-science politician determined to provide even more subsidies to fossil fuels.”

“If Rick Perry did something while he was governor of Texas that wasn’t purely about fossil fuels, then good. But that doesn’t take away from the basic point, which is these people are being chosen to represent concentrated, fossil-fuel corporate interest.”

“The cabinet choices become more absurd every day. Yet again, Trump has chosen an unqualified individual who is at war with the central mission of the agency he is being nominated to lead. Remember, Perry could not even recall the name of the Energy Department during the 2012 debates and once he did, he renewed his vow to kill it.”

Other renewable energy advocates were more optimistic about the nomination, referencing Perry's 14 years as governor of Texas as evidence for his suitability for the role.

“It is critical that the country has a person who understands all aspects of energy markets from oil and natural gas to wind, solar and nuclear. Holding the Office of Governor of Texas for 14 years has given Rick Perry a unique understanding into the challenges and opportunities that the country has in achieving that so far elusive goal of becoming energy independent. Rick fully appreciates the impact that energy has on the US and global economies and will make an excellent Secretary of Energy.” 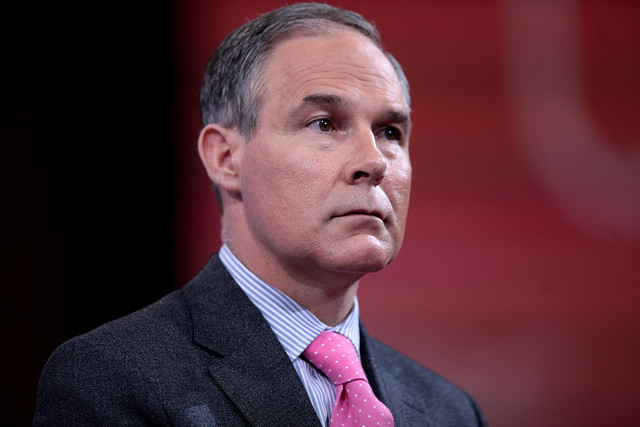 In a similar vein to Perry heading the very Department he wanted to axe, Trump has named Scott Pruitt, the Oklahoma attorney general suing the EPA on climate change, to head the EPA.

Pruitt is an ardent fossil fuel fanboy and is involved in the legal challenge to the Clean Power Plan. And as is a common theme in Trump’s cabinet, Pruitt is also sceptical of climate science.

Despite challenging the EPA on its climate action agenda, Pruitt insists he does not agree with sentiment later rescinded by Trump that called for the cancelling of the EPA entirely.

“Some believe that we don’t need an EPA, that they don’t have any role at all,” Pruitt told news outlet Oklahoma StateImpact earlier this year. “I’m not one of those folks. I think the EPA can serve — and has served, historically — a very valuable purpose.”

Regardless, Pruitt has fervently opposed the EPA in his anti-science, anti-regulatory agenda and is suing it over its proposed plans to regulate harmful air emissions. In addition, Pruitt told a radio station in Oklahoma after the election that the Trump administration would dismantle the environmental and climate orders passed under president Obama, naming the Clean Power Plan specifically.

Thus, his appointment to head the EPA was met with distain from environmentalists across the nation.

“Having Scott Pruitt in charge of the US Environmental Protection Agency is like putting an arsonist in charge of fighting fires. He is a climate science denier who, as Attorney General for the state of Oklahoma, regularly conspired with the fossil fuel industry to attack EPA protections.”

“Scott Pruitt has built his political career by trying to undermine EPA's mission of environmental protection. He is a deeply troubling choice to head the agency that protects the clean air all Americans breathe and the clean water we drink.“ 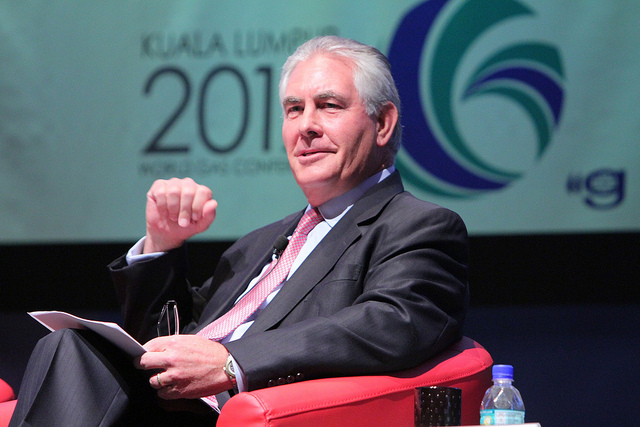 Whilst Tillerson will not have a direct involvement in the direction of the country’s energy sector, he will be responsible for shaping international climate policy.

Not to be left out, ExxonMobil, as one of America’s largest oil and gas multinationals, is thought to be a leading funder of climate change denial.

Tillerson himself has been known to also be a climate sceptic – arguing that the debate is far from over. Speaking to reporters after the annual general meeting of Exxon stockholders in May 2008, Tillerson said: “Everyone agrees that notwithstanding the growth in all other options for supplying energy, renewables, nuclear, biomass alternatives, you are still going to require substantial fossil fuels to meet energy needs, and two-thirds is going to come from oil and natural gas.”

All in all, it remains to be seen how Trump's new team will shakeup the renewable energy industry and the sector at large. As has been seen, the reception is mixed. All that's left to do is wait.

However, there is a ray of hope given that Trump has picked pioneering Tesla founder and climate action champion Elon Musk as part of his advisory council.