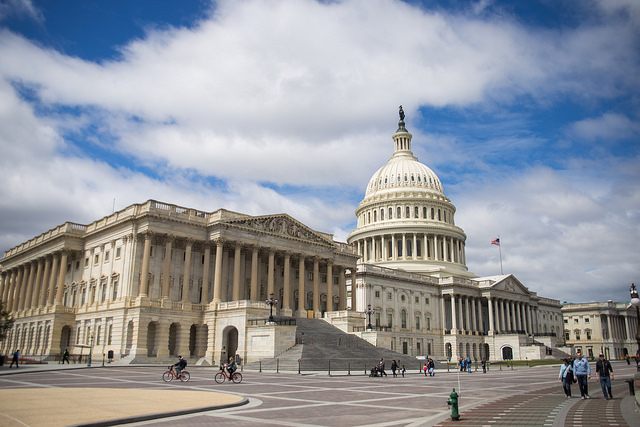 The US International Trade Commission (ITC) has elected to launch an investigation into Suniva’s trade complaint under Section 201 of the 1974 Trade Act. The body will decide whether to raise import prices on modules as per the bankrupt module manufacturer’s request.

The investigation will determine whether the glut of Asian imported crystalline silicon PV cells are causing a “substantial” cause or threat of “serious injury” to domestic manufacturing. After going bankrupt in April, Suniva placed the blame on the mass influx of cheap solar panels from Asia undercutting domestic production. The trade measures would apply to imports from all countries.

In response, Suniva put forward a petition to raise the Minimum Import Price (MIP) to 78 cents/w and requested a four-year tariff schedule on crystalline silicon imports. The petition raised concern among many manufacturing industry stakeholders, considering it could double the price of imported solar modules and relegate the economics of potential projects.

The ITC officially ruled to consider the case on Tuesday evening, and will come to an injury conclusion by 22 September 2017, after determining the investigation is “extraordinarily complicated”. After reaching its decision, the Commission will submit its remedy to the president within 180 days after the official petition submission date (17 May 2017) or by 13 November 2017.

It is up to president Trump to make the final decision on whether to provide a remedy to domestic manufacturers. The Commission may recommend to the president to increase a duty, impose a quota or a two-level tariff, or any combination of such actions. It could also recommend that the president initiate international negotiations with competitor module markets. China's ministry of commerce has already made known its feeling that Suniva’s request is an “abuse of trade remedies”. Overall, the decision lies with the president on which remedy to pursue, and may take action for an initial period of up to four years, according to the ITC.

Although Suniva's creditor SQN would seem to be offering non-US PV manufacturers a way out of going through the USITC investigation by buying the manufacturing assets of the bankrupt firm, options seem open to also follow the path successfully made by Solyndra’s lawyers in suing key PV manufacturers at the time such as Yingli Green Energy and Trina Solar.

After the bankruptcy of CIGS thin-film producer Solyndra and its assets sold-off in auctions, lawyers for the company filed anti-trust and unfair trade practice lawsuits against China-based manufacturers in 2012, for US$1.5 billion.

Ultimately, the suits lead to out of court settlements, which included Yingli Green paying US$7.5 million to Solyndra with a clause of a further US$10 million payment, should Yingli Green sell more than 800MW in the US and Canada in a single year between 2016 and 2018.

A heavier price was extracted from Trina Solar, which paid Solyndra US$45 million to settle the same claims.

“We are pleased that the Commission has taken this next step and initiated the investigation of this case. The company looks forward to working with the Commission as our petition moves forward,” said Matt Card, Suniva’s executive vice president of commercial operations.

The Solar Energy Industries Association (SEIA), the body leading the opposition on Suniva’s case, expressed strong disappointment. The Association’s president and CEO Abigail Ross Hopper stated the threat to the American workforce, with the potential to “jeopardize billions of dollars in investment”.

“Setting high price floors and exorbitant tariffs is a blunt instrument that would cripple one of the brightest spots in America’s economy.

“While we respect the ITC's decision to evaluate this claim on its merits, SEIA will remain at the forefront of the opposition to Suniva's requested remedies. We encourage all members of the solar industry to assist the ITC if asked for information and to work with us to ensure your voice is heard. Our goal throughout this proceeding will remain focused on developing more equitable and sustainable ways to boost American solar manufacturing that benefit many companies instead of just a few and allows the entire solar industry to continue to grow in this country,” she said.

The danger lies in the fact that if the ITC complies with Suniva’s price recommendations for imported cells, module pricing in turn would increase, stalling industry progress. According to GTM Research, 13% of solar modules installed in the US last year were manufactured in the US; meaning 87% of the market will be subject to whatever remedies are imposed.

This article has been amended to clarify that it was SQN that sent the letter to the USITC.