Is US residential solar just for the rich? 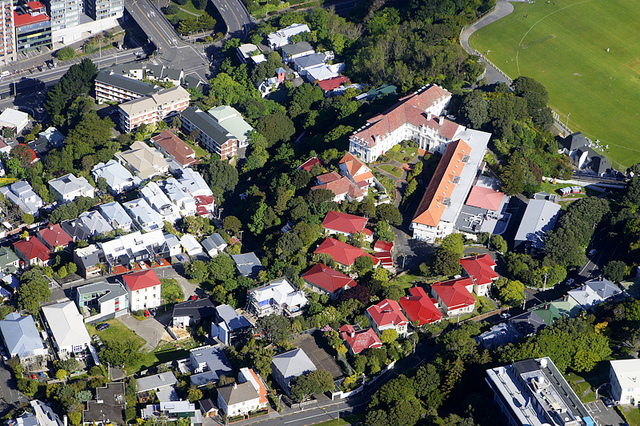 The argument that residential solar is a boon for those well-heeled enough to afford it, and a burden for those that cannot as they subsidise the grid use of solar users, is one perpetuated oftentimes by electric utilities during rate structure debates.

Whilst this claim has previously never been supported by any data-based analysis, a new report by GTM Research and PowerScout could suggest that there may be some truth in this.

Entitled ‘How Wealthy are Residential Solar Customers?’ the study takes a deeper and more granular look into the income distribution of solar users. Previous analyses have used both solar panel data and income data based off of ZIP codes, but the challenge with this is that it often fails to account for the high variance in income within a certain ZIP code.

PowerScout addresses this issue with its patented technology, the Convolutional Neural Network (CNN) machine-learning algorithm. This uses the same algorithms that Tesla is employing for its self-driving cars, and also the same technology that Facebook uses for facial recognition auto-tagging.

“We use it to first determine what is a roof, just like Facebook uses it to determine what is a face, and once we identify the roof in the image, we identify whether the roof has a solar panel or a sunroof or it has a pool heater,” PowerScout CEO Atilla Toth explained to PV Tech. “It is trained, machine-learning, artificial intelligence technology we used in order to get to this level of granular analysis.”

The technology was therefore able to distinguish between images of homes with and without solar panels in California, Massachusetts, New Jersey and New York – the four top states for installed residential solar, accounting for 65% of all residential installations in the nation.

The findings revealed that 70% of solar households have an income between US$45,000 and US$150,000, which the study classed as middle income. This statistic represents a higher proportion than the overall population of those states, where 65% of all households are deemed middle income.

“The wider conclusions were directionally the same as our conclusions were,” said Toth, in reference to the general notion that people who install solar systems are wealthier than non-solar customers.

Further, the study found that 61% of solar households had an annual income of at least US$75,000, contrasted to 44% of the overall population of California, Massachusetts, New Jersey and New York. In addition, households with an income of between US$100,000 and US$150,000 are the biggest solar demographic.

Based on the study’s data, where does this leave the hypothesis that solar users are wealthier than their non-solar counterparts?

“We and GTM wanted put the data out there as it is, black and white, and let people draw their own conclusions,” said Toth. “One conclusion is what you said; 70% of solar households are middle-income and that is nuanced in some states, like in New Jersey, for example. New Jersey is more in line with income distribution.”

Whilst one conclusion is that residential solar belongs to the rich, based on the data samples of those four states, Toth explained that there are many other conclusions to be drawn from the study. For example, it also reveals that lower-income families – those making less than US$45,000 – are also getting access to solar.

In 2016, the Obama administration launched its Clean Energy Savings for All Americans Initiative, which aimed to expand access to solar for the lower-income demographic with the ultimate goal of bringing 1GW of solar to this demographic by 2020; a 10-fold increase of the initial 100MW target.

According to the study, around 500MW of has potentially been deployed by low-income families in those four states alone.

“You can make many arguments based on this data. It's true that in most of these states, solar is skewed towards higher income, but there are good reasons for that; they could have been early-adopters when it was more expensive; neighbourhood effects; there are all those reasons,” said Toth.

Whilst in three of the four sampled states solar was generally found with higher income families, in New Jersey, solar was more skewed towards the general population; with more lower-income people adopting solar than wealthier people. According to Toth, this could be because of the state’s solar incentive structure with Solar Renewable Energy Credits (SRECs); contrasted with New York for example, where there is a solar tax credit in place that would require income taxes in order to offset that.

“You could argue that utility rate structures play a role as well,” said Toth. “For example in California, you have tiered rate structure; if you have a bigger house and are consuming more energy, you are probably in a higher income bracket. The marginal value of solar is higher to you because you are offsetting higher marginal rate electricity, as opposed to owning a smaller house and using less energy and being potentially in a lower income bracket.”

Despite the various conclusions that can be drawn, GTM and PowerScout state that the analysis was limited by the stagnant nature of its snapshot; given solar demographics are dynamic and fluid and change over time. Secondly, the limited sample size does not reflect the entire market.

However, the message was an important one the two parties wanted to convey:

“From a policy perspective, we at PowerScout and GTM wanted to release this data because we wanted to inform policy makers, solar installers and investors about the true demographics of solar in the US,” Toth explained. “The reason being, we want to make solar and renewable energy generation mainstream and want to support all those constituents to help solar penetration.”