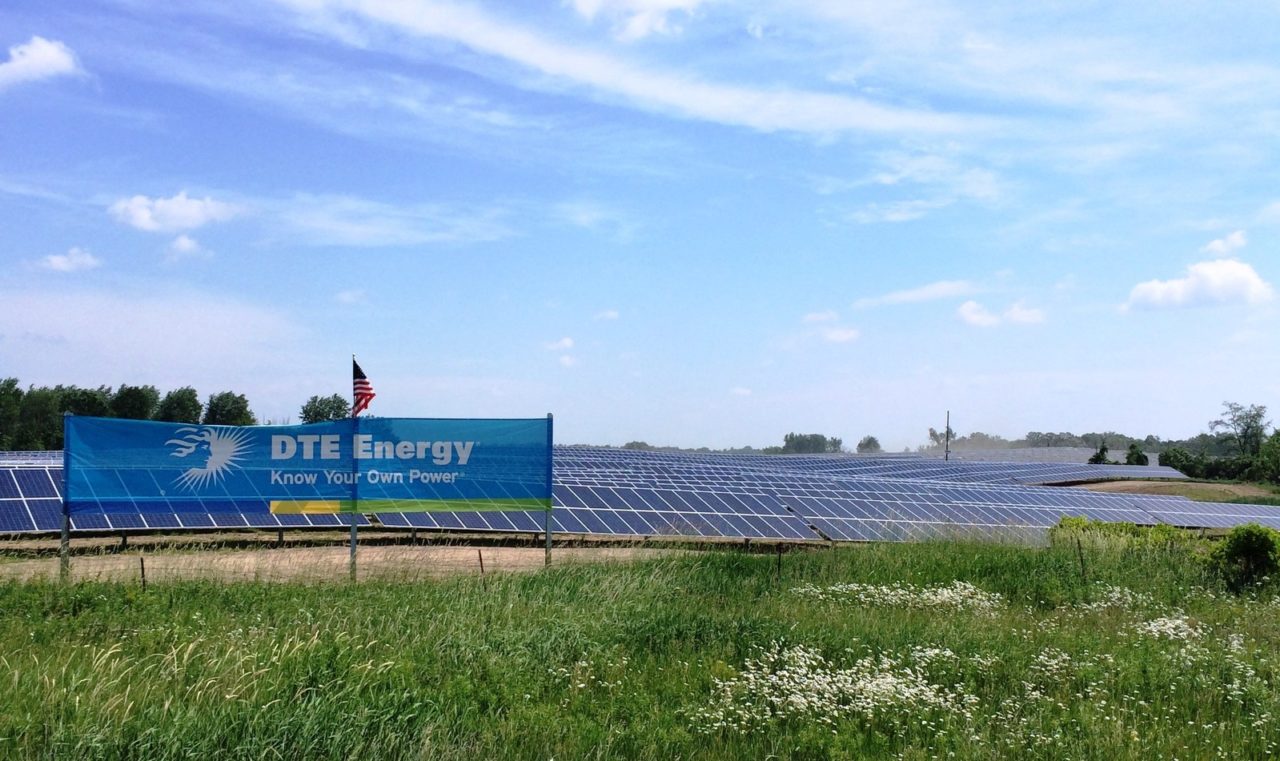 A round-up of the latest news from the US, where DTE Energy plans a major solar expansion, Duke publishes latest IRP and EDP Renováveis divests a majority stake in 563MW of renewable projects.

1 September 2020: DTE Energy is looking to increase its solar capacity by nearly ten times over the next two years through the construction of 420MW of new generation.

The Detriot-based energy company has updated its MIGreenPower voluntary renewables plan with the Michigan Public Service Commission (MPSC). That programme is available to all DTE Electric customers who want to attribute a greater percentage of their energy use to the company’s solar and wind operations.

To date, 16,000 Michigan residential and business customers, including General Motors and Ford Motor Company, have enrolled in MIGreenPower. DTE Energy said if MPSC approves the latest proposal, the company will “significantly increase” its generation capacity from renewables.

With a current portfolio of 31 solar farms and 15 wind parks, DTE plans to invest US$2 billion in wind and solar assets by 2024.

1 September 2020: Duke Energy Progress has said it will “aggressively pursue” additional solar in the Carolinas, adding two to four times the current capacity over the next 15 years.

Filing its 2020 integrated resource plan, the US utility presented six possible pathways that allow it to meet its near-term carbon reduction goal of at least 50% by 2030 and long-term goal of net-zero by 2050 in the Carolinas.

However, while the company explores a range of solar and solar-plus-storage options as well as early coal retirements, five of the pathways include additional natural gas generation and the sixth features new small modular nuclear reactors. Duke said in a press release that the plans “demonstrate the valuable role nuclear and natural gas can play as part of a balanced portfolio”.

The company said it engaged stakeholders such as business customers and environmental groups over six months to inform the planning process.

Duke, which plans to cut its CO2 emissions to 70% below 2005 levels by 2030, revealed its ambition in April to double its renewables capacity to 16GW in the next five years. The utility reduced its carbon emissions last year by 8%, adding up to a total reduction of 39% compared to 2005.

EDP sells stake in 563MW of US renewable projects

2 September 2020: EDP Renováveis has secured a deal to sell a majority stake in five US renewable power assets to Connor, Clark & Lunn Infrastructure (CC&L Infrastructure) for US$700 million.

The Portuguese renewable energy company is divesting an 80% stake in one solar facility and four wind parks with a total capacity of 563MW. It will retain a minority equity interest and continue to operate and manage the portfolio.

The deal includes the 200MW Riverstart Solar facility in Indiana, which is expected to be operational by the end of 2021.

EDP said with this transaction the company has reached 55% of its US4 billion asset divestiture goal announced in its 2019-2022 strategic update, with proceeds allowing the firm to reinvest capital in new projects.

For Canada-based CC&L Infrastructure, the deal brings its renewable portfolio to approximately 1.4GW of capacity, with more than 1GW in operation.

The portfolio comprises projects ranging in size from 7MW to 14MW that went into service in 2019. Three have a power purchase agreement (PPA) with NRG Power Marketing and one has a PPA with the Lower Colorado River Authority. Cypress Creek O&M Services will provide operations and maintenance for the projects.

“Of course, 2020 market conditions presented new challenges,” said Jessica Robbins, senior director, structured finance at Sol Systems. “We were able to field those handily, and complete this valuable acquisition thanks to proven, long-term partnerships with Nationwide and Cypress Creek among others.”

The deal comes on the heels of Helios’s acquisition last month of 148MW of North Carolinian solar assets from Cypress Creek. That deal included 20 solar parks, the largest of which is Ruff, a 32MW project that was energised in July.