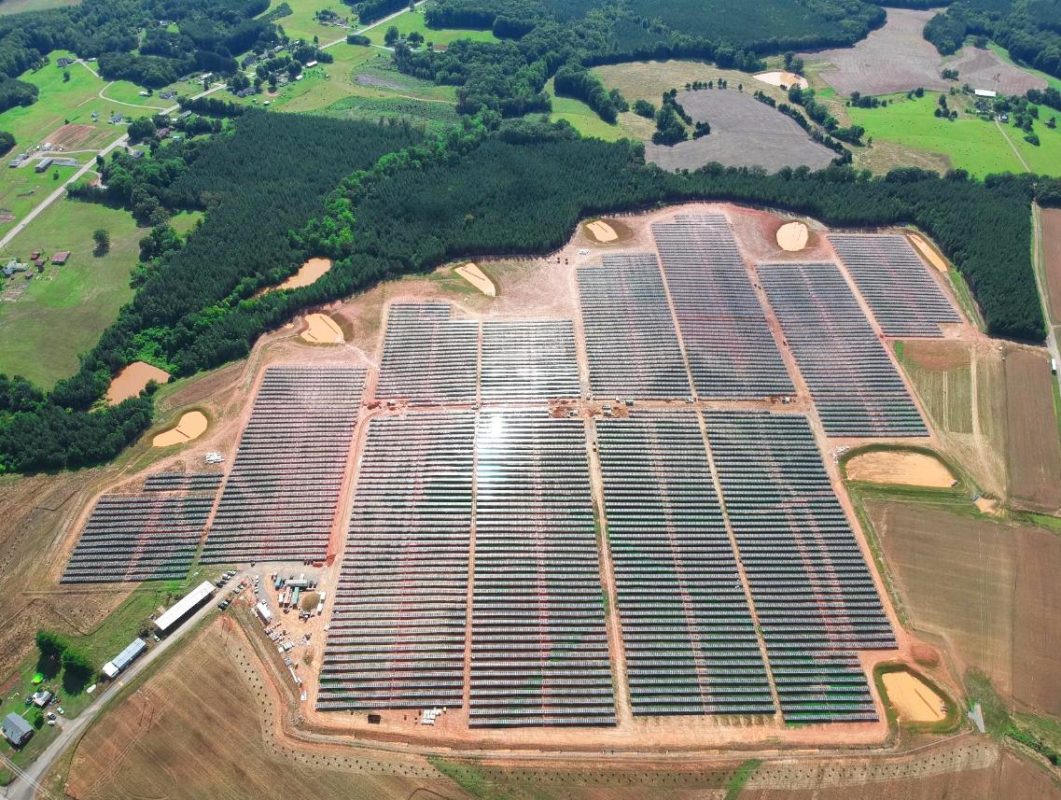 A round-up of the latest news from the US solar and storage sectors, including a major project win for Hanwha Energy, a geographical expansion for Solar FlexRack and more.

27 October 2020: Hanwha Energy is to develop a hybrid solar-storage facility on the Hawaiian island of Oahu after landing a US$185 million contract.

The deal, signed with local utility Hawaiian Electric, will see the developer build a 60MW solar array to be connected with a 240MWh energy storage system, set to come onstream by 2023.

Electricity generated at the facility will be sold to Hawaiian Electric under a 20-year power purchase agreement.

Solar FlexRack expands into Northeastern US

28 October 2020: Solar mounting and tracking solution provider Solar FlexRack has expanded its operations into the north east of the US.

The company said that a “significant percentage” of its solar tracker sales originated from the south east of the country last year and, citing Wood Mackenzie estimates that roughly 70% of new solar projects in the US will come forward with trackers in the coming years, acknowledged it was time to bolster its geographical reach.

Solar FlexRack is now supplying projects located in Virginia, Maryland, Connecticut and New York, including a near-14MW array in Virginia which combined the company’s single axis TDP 2.0 trackers with GCL bifacial modules (more details on which can be read below).

27 October 2020: Virginian utility Danville Utilities has connected a 14MWdc utility-scale project in the city of Danville, the city’s largest solar project to date.

The project was developed alongside CS Energy LLC, Navisun LLC and TurningPoint Energy, and is expected to generate more than 23,500MWh of electricity each, to be consumed by the local community.

The project itself is comprised of two individual arrays, dubbed Irish Road and Whitmell. They are Danville Utilities’ second and third completed solar projects, with a fourth currently under construction.

“The solar farms will help reduce the City’s exposure to increasing transmission and capacity charges. These solar farms will also contribute to the City’s current renewable power supply portfolio and help us meet our long-term goal of being completely independent of fossil-fueled generation,” Jason Grey, director of utilities for the City of Danville, said.

27 October 2020: Distributed solar and storage developer ForeFront Power has toasted the completion of a further six solar projects in the state of Illinois.

The projects, a mixture of rooftop and ground-mounted solar projects in McHenry and Williamson Counties, take ForeFront’s total solar developments to 22.9MWdc, representing an investment value of US$46.7 million.

“We continue to see strong demand from customers who are excited to adopt locally sourced energy and to save on their electricity bills. Unfortunately, unless the renewable energy funding cliff is fixed in Springfield, continued development in the state looks infeasible for the next several years,” Rachel McLaughlin, vice president of sales and marketing at ForeFront Power, said.

4 October 2022
Solar & Storage Finance USA, the only event that connects developers to capital and capital to solar and storage projects, will be back in November 2022.
finance, hanhwa energy, hybrid, investment, round-up, solar flexrack, solar-storage, trackers, us, utility-scale solar