The seasonally soft first quarter of the year for the residential solar rooftop market in the US played out again in 2017, with the addition of much heavier rainfall, notably in California. A basket of primarily US residential installers that are publically listed have recently reported first quarter results.

Sunrun was the exception in the first quarter having maintained higher quarterly rooftop deployments since the third quarter of 2016. The company deployed a total of 73MW, up 21% from the prior year period and down only 4MW from the previous quarter.

“The positive momentum continues in Q1, with a 21% growth in volumes and improvements in our unit economics, a testament to the resiliency of our multi-channel business model and alignment of our product offerings with customer demand,” said Lynn Jurich, Sunrun’s chief executive officer.

Sunrun guided expected deployments in the second quarter to be approximately 72MW, reflecting approximately 15% growth in the first half of 2017 compared to the prior year but basically flat quarter-on-quarter. For the full year 2017, Sunrun said it expected to deploy 325MW, reflecting 15% year-over-year growth rate. 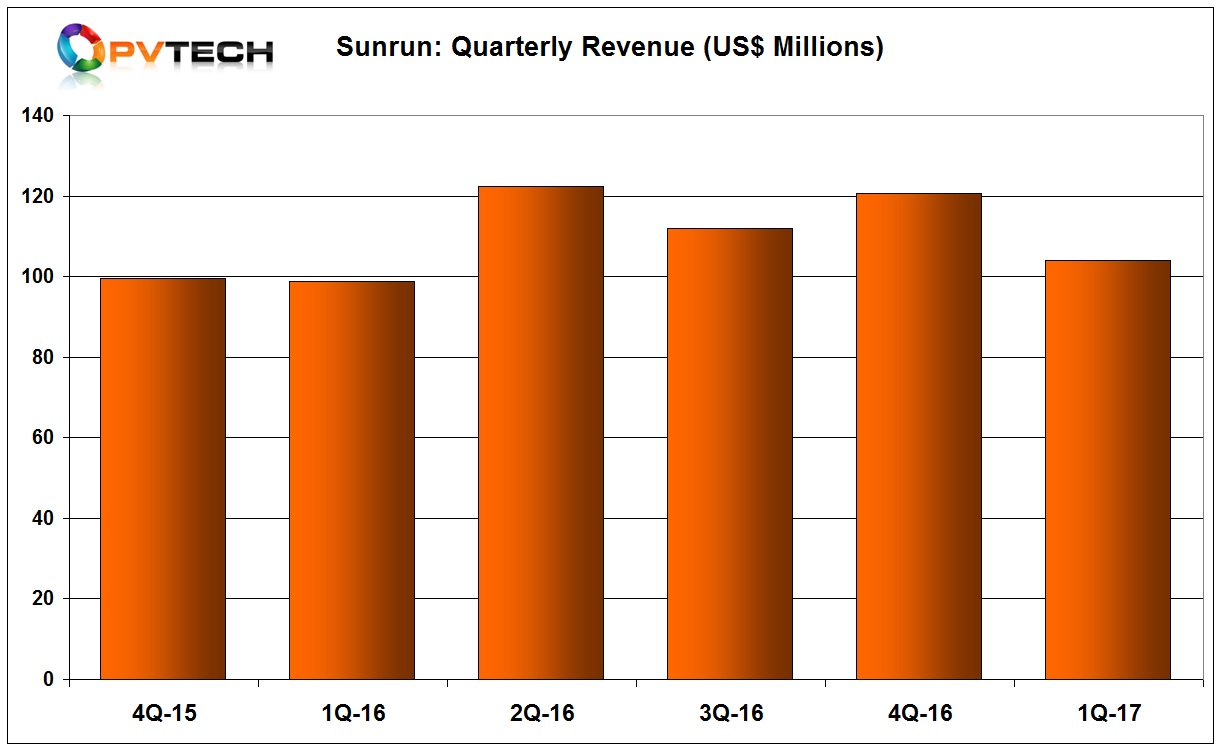 Seperately, Vivint Solar announced that it was launching kiosks at retail locations in California, Massachusetts, New Jersey, New York and Utah by the end of June 2017 and expand into additional retail locations and states throughout the year. The company has been focused on door-to-door sales up to this time.

RGS Energy reported first quarter revenue of US$3.65 million, down around 26% from the prior year period. The company reported a net loss of US$4 million.

RGS Energy had raised US$16.1 million of financial capital in the fourth quarter of 2016 and a further US$16.0 million during the first quarter of 2017.

In SEC filings, RGS Energy noted that it required approximately US$16 million in quarterly revenue to achieve profitability.

“The first quarter marked an important transition for Sunworks,” said Chuck Cargile, Sunworks' Chief Executive Officer. “The unusually rainy weather limited the number of days our teams could spend installing, particularly in the ACI part of our business. As a result, our revenue was relatively low and we incurred a loss for the quarter. However, our new sales more than doubled and our backlog is at a record level. In addition, as drier weather returns to California, we expect our installation revenue to increase significantly in the second quarter.”

Tesla is shifting its business model towards retail and away from direct sales as well to outright system sales and away from the leasing model, which is having a significant impact on quarter deployments at the moment. Tesla still remains the largest publically listed US residential installer with 150MW deployed in the first quarter of 2017, down from 201MW in the previous quarter, a 25% decrease and down from 214MW in the first quarter of 2016.

SunPower reported global residential deployments of 62MW in the first quarter of 2017, up slightly from 60MW in the prior year period. 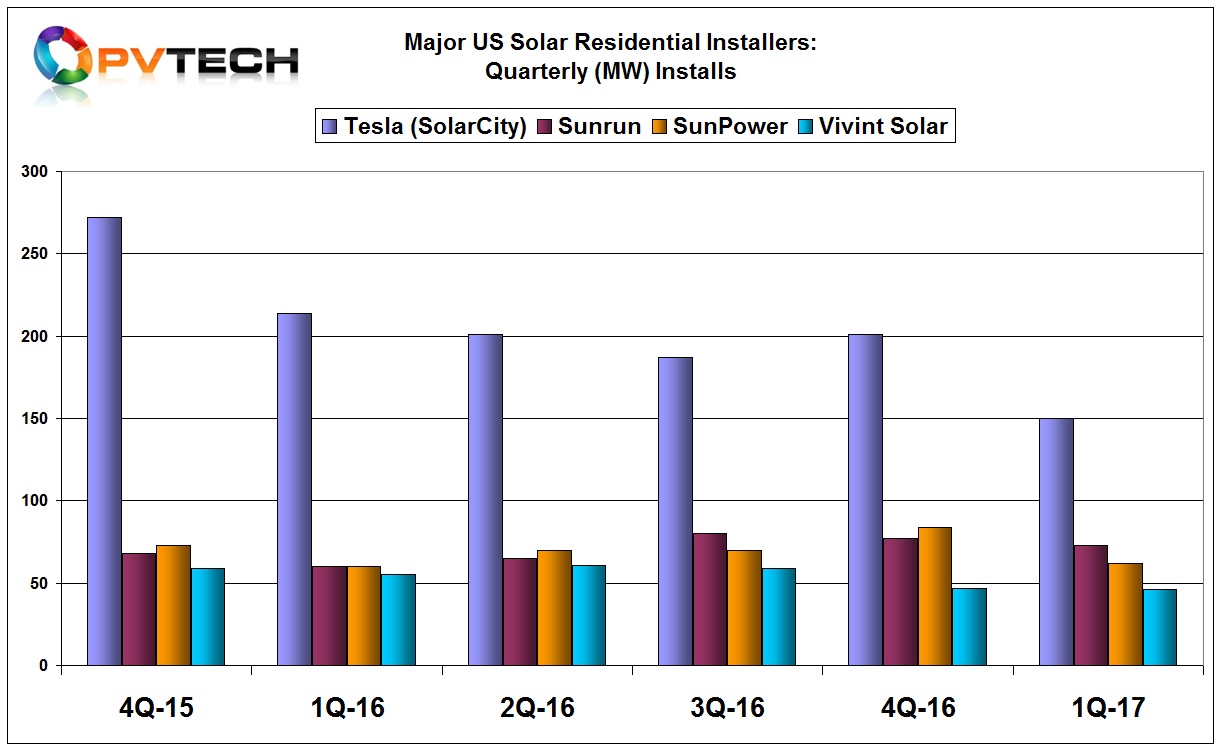