Would BP be doing better if it had stuck it out with solar?

BP has posted some pretty terrible financial results as the falling price of oil bites. Its oil sands projects need oil to be well over US$100 a barrel, so sub-US$35 is going to create issues. Meanwhile divestment from fossil fuels has matured from a statement on climate change activism to a strategy pursued by Allianz and its peers. On Monday ratings agency Standard and Poors lowered its view of Shell and issued a negative outlook for BP, Repsol, Total, Eni…you get the idea.

The outlook for solar is a little different. Demand is booming and the governments of China and the US have signalled that their double-digit GW deployment rates are here to stay. The stock market has linked solar’s fate to high oil prices but in terms of the demand for deployment, the future is very bright indeed. Even if oil is cheaper than the barrels it comes in.

So will BP be regretting its decision to bail on the solar industry back in 2011? Maybe, maybe not.

BP Solar was a very, very early mover on solar and was part of the efforts in the 70s, 80s and 90s to drive prices down in that early part of the cost curve. After that phase, once solar began to become more efficient and high volume production took off, BP Solar it jettisoned its manufacturing assets and intellectual property and the die was cast. It didn’t want to get sucked into a price war with Factory China. Speaking at the time CEO Bob Dudley said “we worked at it for 35 years, and we really never made money”.

That call, in isolation, seems like a smart idea, but what if it had transitioned the company out of its research roots instead? What if instead it had partnered up with a Flextronics or a Foxconn, kept its IP and used its balance sheet during the days of US$100 oil (up until mid-2014) to get cheap finance for a solar project pipeline? In 2014, BP’s weighted average interest rate on its debt was 1.62%. At that price, or anything remotely close once the “risk” of solar was added, its projects would have been wildly profitable.

With shareholders’ dividends so strongly tied to the global oil price, what value would a little good news from a separate part of the business have offered?

The obvious issue here is scale. BP’s reported an annual loss of US$6.5 billion. The biggest solar companies are working with figures about an order of magnitude smaller.

Trina Solar, the largest module manufacturer by volume in 2015, has been notching up quarterly profits of between US$100-150 million but it is not as far along with its downstream plans as some of its competitors.

Let’s not forgot that when BP Solar exited, it had manufacturing assets in India. If we assume that they would have expanded from 2011 onwards, the company would have been able to offer trade defence tariff-free panels into the US and EU.

Even if BP Solar had graduated from superb research breeding ground to competitive manufacturer and profitable developer, at this stage in the industry’s development, strong figures would not have gotten close to offsetting the damage done by oil prices that hit a 13-year record low.

But a black line of numbers on the results sheet next to BP Solar, and the promise of more to come, may have been enough to cheer investors. As it is, like most oil majors, BP lacks diversity and seemingly the dynamism to attain it. Power generation firms have embraced renewables with EDF, Enel, RWE, E.On and Engie among those seeking to refocus. In October 2014 BP’s CFO warned that US$70 oil would “put peril in future growth”. Lacking a plan B, sub-US$35 oil must be terrifying.

Suddenly, with the benefit of hindsight, that decision to dissolve BP Solar might not look so clever. 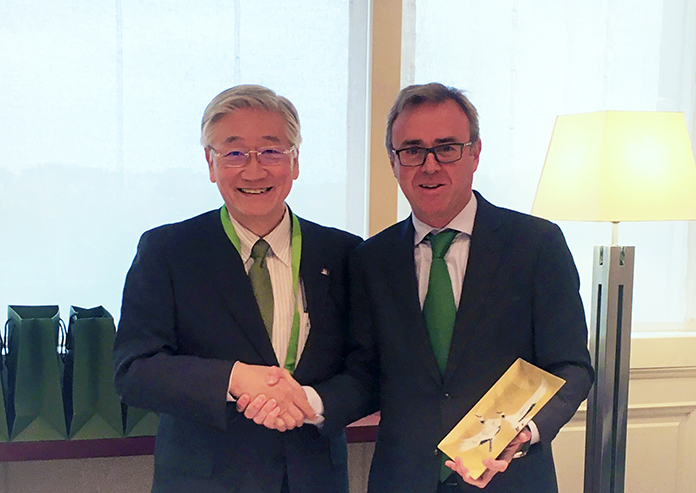