100 days of Trump: Round 1 to renewables 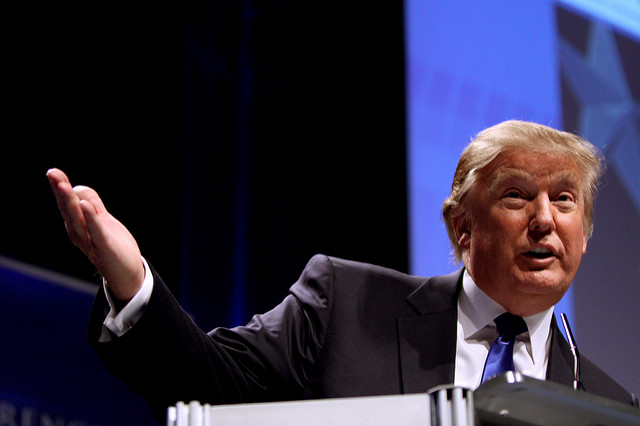 Despite battle cries to end the ‘war on coal’, Trump’s first 100 days as president have done very little to materially dismantle progress in renewable energy and climate action, according to energy and national security expert Kevin Book.

Speaking to reporters in a webinar organised by the Energy and Climate Intelligence Unit (ECIU), Book and other experts took stock of the how the industry has fared under Trump thus far.

Federal incentives are what underpin much of the value proposition for clean energy technologies such as wind and solar. Although there has been talk from Trump himself and other sources that assert that the president will do away with these, there are several reasons why this is likely not to happen.

That self-interested economic component of political representation shouldn’t be underappreciated; it’s a big part of how our energy policy has been made since the start, and it’s likely to continue.”

Most of the current incentives such as the investment tax credit (ITC) for solar and the production tax credit (PTC) for wind were extended by president Obama in a trade-off for crude oil exports at the end of 2015. These remain meaningful components of the economics of any renewable installation in the US. Those particular incentives remain in place through the end of 2021 and 2022 respectively, with a de facto reach that actually extends them further.

At the beginning of Trump’s first 100 days, finance and energy experts feared that the ITC would be one of the main incentives under fire. Impending tax reform made their fate even more uncertain. However, Book explains that Trump would not do away with this, or other hallmark renewable energy incentives, as this would go against the grain of his party base.

“In terms of president Trump's base, those folks who might otherwise embrace departing from the Paris Agreement, also are manufacturing centred industrial estates, a lot of them have a legacy of heavy industry, for which renewable energy provides a new outlet of currently underused capacity,” explained Book.

As a result there’s an entrenched reluctance to do anything that undercuts the tax credit.”

“That makes a lot of Republicans wary of crossing a renewable energy credit that could potentially affect newly-acquired industrial constituencies in places like Ohio and Pennsylvania. It turns out that there's also a lot of wind in the Mid-West where a lot of Republican senators and members of the House hail from. And as a result there's an entrenched reluctance to do anything that undercuts the wind tax credit. That self-interested economic component of political representation shouldn't be underappreciated; it's a big part of how our energy policy has been made since the start, and it's likely to continue.

“In all likelihood, even if tax reform were to succeed, both of those credits seem likely to remain intact.”

Failing the economic and political pull that should direct Trump to continue to promote renewable energy like the previous administration, it should be remembered that much of the impact remains at the national level; within the personal domain of states.

Even in respect to cutting carbon emissions, the majority of that work was done through states’ own imposed caps and restrictions. Despite the Clean Power Plan being under EPA review, states keen to reduce their greenhouse gases are likely to continue. Likewise, states keen to procure renewables are likely to do so; regardless of the overarching federal climate.

“In terms of renewable portfolio standards, the nearly three dozen states that have targets and goals are unlikely to change their targets except to encourage more renewables. There are two strands of this; there are more renewables in the near-term, yet only California really is aggressively pushing to accelerate and increase targets for the most part, but increases in targets in future are also meaningful from a demand perspective.”

Let’s dissect the damage of what has really been done to the clean energy stance of the US. So far, Trump has only used executive orders to propound his energy agenda. Specifically, the executive order that promotes ‘Energy Independence’ and eliminates many restrictions on fossil fuels did not fare well with the clean energy industry.

Therefore, for a lot of what Trump has ordered, including the scrapping of the Clean Power Plan, in all but name, what must follow for any kind of material change is a rule-making process.

“There’s sort of a three-step dance that every one of these final regulations is likely to go through, since all are being litigated for the most part,” added Book. “There's the retraction from the ongoing proceedings, there is the rewriting and then reissuing, and that process from start to finish is at best case 18-24 month cycle. It's not a quick move.”

A world after and beyond Trump

All in all, the first 100 days of a Donald Trump presidency have posed little threat to US renewables. However, a lot of entities that operate in the US do have haves some concerns. The first is the world after Trump and the second is the world beyond Trump. The best bet for a world after Trump is one where a differently-disposed president could come in and tighten up what has been left open, using regulatory mechanisms, according to Book.

A world beyond Trump necessitates that multinationals would rather risk having a rule (pertaining to climate or renewable energy) that they disagree with than find economically disadvantageous. That in itself is an incentive for compromise on emissions and renewable energy. When such entities are multinationals, it follows that for reasons of their own economic scale and diplomacy, do not necessarily want to be on the wrong side of a global trend.