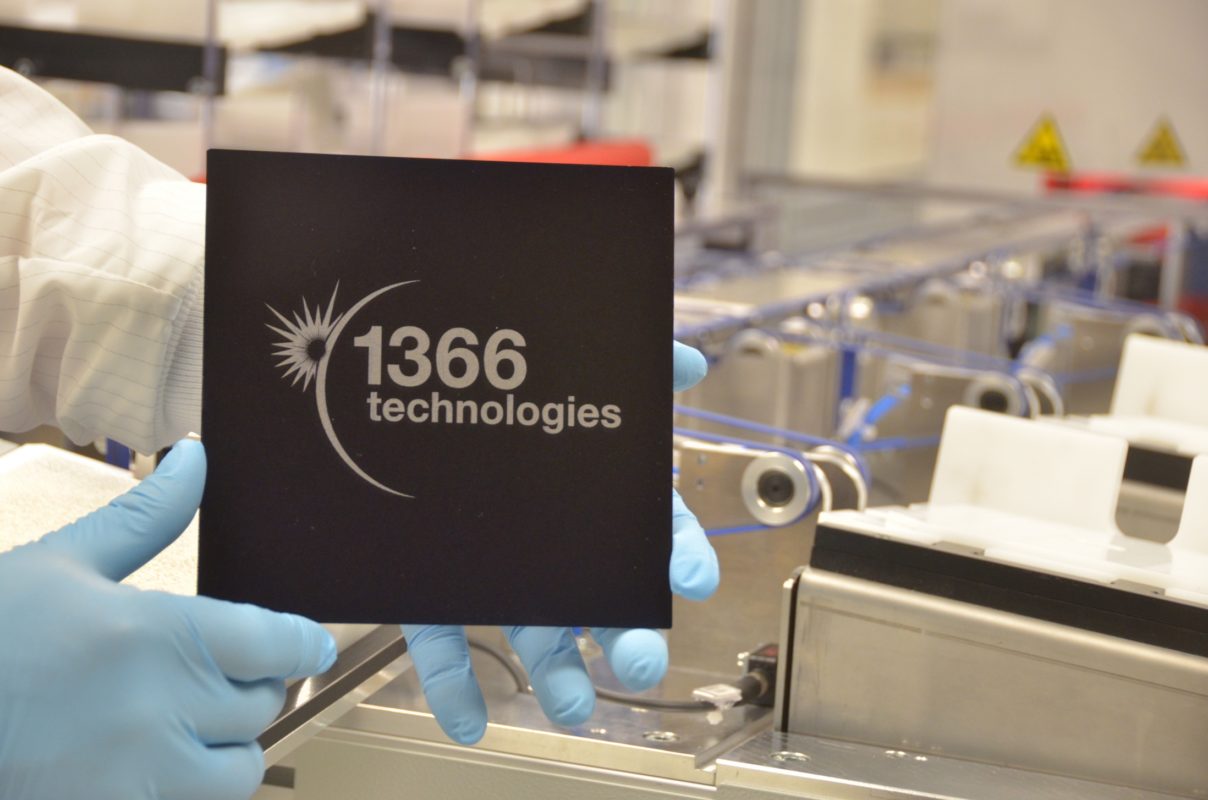 The pair also confirmed average cell efficiencies are now 20.1% on their pilot line that uses 1366 wafers and Hanwha Q CELL’s Q.ANTUM cell architecture. The records have been confirmed by Fraunhofer ISE CalLab. According to the companies they are currently increasing cell efficiencies at a rate of 0.8% per year.

“Our strategic partnership with Hanwha Q CELLS is paving the way for a solar future where high-efficiency cells are realized at a substantially lower cost,” said Frank van Mierlo, CEO, 1366 Technologies. “Working at the melt level, rather than an ingot, means you can play with the make-up of the wafer as it is being formed. The wafer is no longer a commodity but a source for efficiency gains and differentiation.

“With the combined benefits of our Direct Wafer products and Hanwha’s Q.ANTUM cell technologies, we are rapidly closing in on 21% efficiency and demonstrating performance previously only achievable with monocrystalline wafers,” added van Mierlo. “The simple fact is sawing ingots – whether cast multi or pulled mono – is wasteful and energy intensive. It’s an old process for a modern industry.”

1366 Technologies production method draws individual wafers from the cooled surface of molten silicon rather than sawing wafers from ingots. This reduces the energy required and lowers material waste from sawing.

The first commercial use of the 1366 technology is a 500kW plant in Japan.

August 9, 2021
Solar glass provider Xinyi Solar has reported a more-than-doubling of profits in H1 2021, but warned that weaker demand and lower prices for solar glass will dampen its results in the second half of the year.