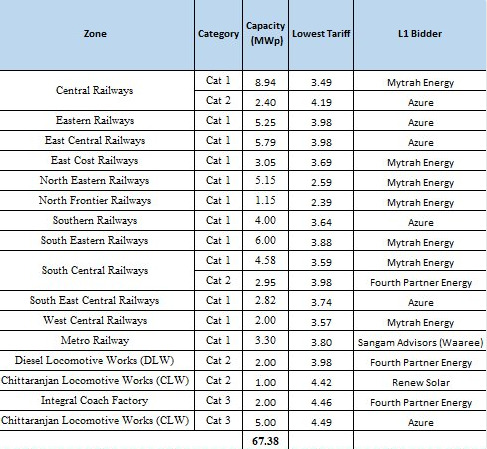 Indian Railways carries around 23 million passengers daily and the north Indian areas where ABB will supply inverters are some often the most frequented railway zones in the world.

Inverters used will range from 5-50kW.

Inderpreet Wadhwa, chairman and CEO, Azure Power, said: “We are pleased to partner with ABB and Indian Railways in reducing GHG emissions through deployment of solar energy at railway stations across India.”

Sanjeev Sharma, managing director, ABB India, said: “ABB has been an integral technology partner for railways for decades, providing technology from turbochargers to substations. The scope and scale of this order is a tribute to ABB quality for such critical installations, used by millions.”

Indian Railways is actively reducing its reliance on traditional energy supply for its 8,000 stations. The company's network has a current renewable energy generation capacity of 36MW and plans to ramp this up to 1GW.