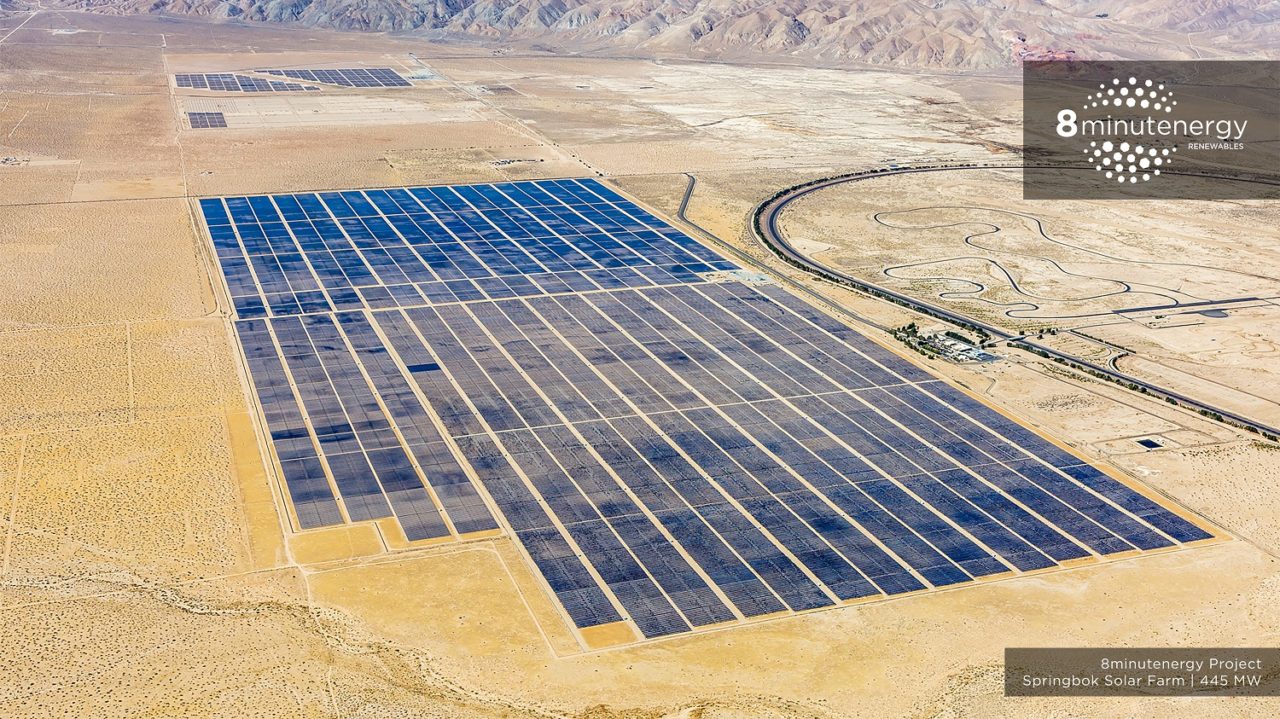 Leading US solar developer 8minute Solar Energy is to collaborate with Doosan GridTech to use advanced, predictive software controls to dispatch energy from solar-plus-storage plant in California.

The duo are to use the new, Doosan-built software at the Springbok 3 Solar farm which forms part of the Springbok cluster in Kern County, California. The software platform will be used alongside 8minute’s approach to energy dispatch, aimed at maximising the value of the energy both generated and stored on-site.

It’s intended that the solution will prove the predictability of the plant’s output, benefitting 8minute and the Los Angeles Department of Power & Water, the facility’s offtaker.

The 121MW Springbok 3 solar array was inaugurated earlier this month, boasting a 1.5MWh battery system. Renewables investor Capital Dynamics closed financing on the project in May this year.

The wider Springbok cluster is more significant at 448MW.

Doosan’s intelligent controller boasts a number of operating modes, including ‘active power smoothing’ and ‘predictive active power response’, which bid to give the plant a smoother or flatter output. This will enable both Doosan and 8minute to develop so-called block strategies, paving the way for projects to deliver contingency frequency support services to local grids as well as its regular output.

Tom Buttgenbach, president and CEO at 8minute, said dispatchable solar-plus-storage assets will be the “backbone of the 21st Century grid”, but stressed the need for innovative software that communicates with grids as a hugely important component of that future.

“Matching Doosan’s software ingenuity with our best-in-class technology, engineering, and sophisticated infrastructure financing, we will continue to deliver results and drive down costs while increasing energy production,” he said.