Spanish energy firm Acciona Energía and the Solar Energy Institute of the Universidad Politécnica de Madrid (IES-UPM) have claimed a world record for the amount of electricity generated from solar PV modules scientifically measured at one of Latin America’s largest solar plants.

The 246MW El Romero project, at the municipality of Vallenar in Chile’s Atacama desert, which has some of the highest irradiance in the world, includes multicrystalline modules from both JA Solar and Hareon, with single-axis trackers provided by STI Norland. The project includes 776,230 PV modules of 315/320W each.

Power tests involved measuring I-V curves, which show the relationship between current and voltage in PV modules that are combined either in a series on in parallel.

Describing the tests carried out last May and June, an Acciona release said: “I-V curves in PV generators were measured, showing a total capacity of more than 1MW corresponding to the input power to the inverters installed in the plant. The measurement of power of this magnitude is a world record for this kind of analysis, in which commercially-available devices to measure I-V curves are limited to 150kW, i.e. seven times less.”

Part of El Romero’s production, which can supply the equivalent of 240,000 Chilean homes, will feed Google’s data centre in Chile. The project came online last November.

In February, independent laboratory service specialist Enertis was chosen to carry out tests on the degradation of the modules on site with its PV Mobile Lab 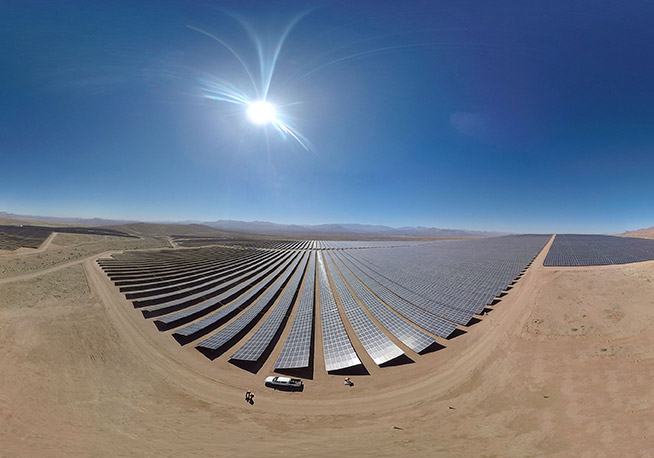