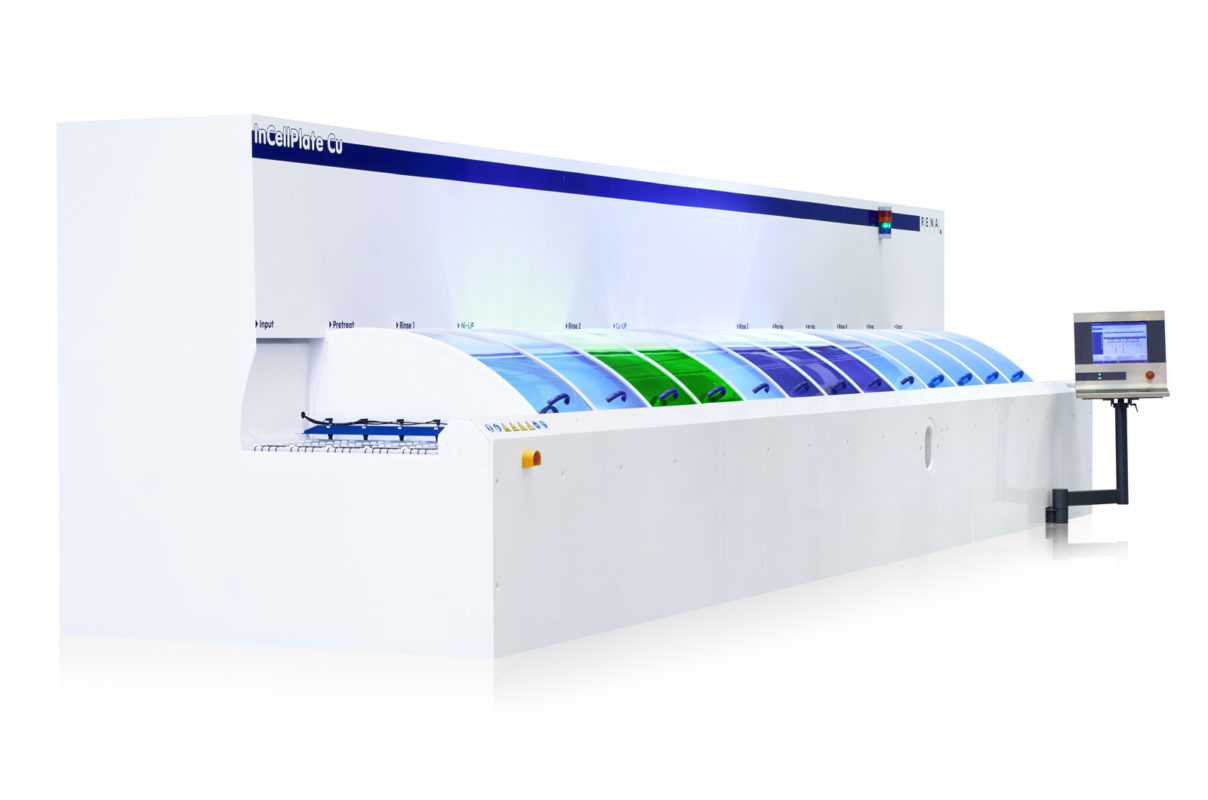 The latest tool order includes a partnership to introduce plated front side contacts to Aiko’s PERC cells as it looks to trim production costs.

Aiko announced during this year’s SNEC exhibition in Shanghai that it was planning to extend its cell capacity to 8GW by 2022 at a cost of RMB6 billion (US$883 million).

The partnership on plated front side cell contacts will see RENA deliver an InCellPlate production tool later in 2017 to Aiko’s new fabrication site at the city of YiWu, Zhejiang province. The company has previously told PV Tech that its plans to open 650-700MW of mono PERC capacity at the facility before the end of the fourth quarter.

In a joint statement, the companies claimed that more than US$0.01/Watt, or 15%, could be saved in the fabrication costs of the cells.

“The price pressure in the solar industry continues to push us to constantly look at cost-down measures, said Chen Gang, chairman, Aiko.

“Aiko Solar is committed to implementing the newest and most innovative technologies into production to achieve such cost reductions. The plating technology using the RENA InCellPlate [tool] will help us to drive down the cost as we can replace the screen-printed front side silver electrodes. This will be a major cost saving,” he added.

Aiko has a wafer supply deal with monocrystalline evangelists Longi, which is itself undergoing GW-scale expansion plans.

Aiko Solar has also previously stated that it signed a number of deals with western suppliers during SNEC 2017.

In May, InnoLas announced an order from an unnamed Asian customer which included tools for the laser contact opening (LCO) process required for PERC cells.

11 October 2022
PV CellTech Extra will be held as a series of live webinars and on-demand sessions on 11-13 October 2022. We'll be taking a slightly further forward-looking view at the technologies and roadmaps for new cell architectures set to dominate mass production during 2023-2025 with special emphasis on the potential timelines for technologies beyond the single-junction cell design, including perovskite and hybrid concepts.
aiko solar, c-si manufacturing, cell manufacturing, china, innolas, innolas solutions, laser, macdermid, perc, rena, rena technologies