Aiko Solar’s quarterly revenue for the last nine-months flatlined, reaching around RMB1.8 billion (US$270 million), despite increased solar cell shipments and capacity expansions. The company reported H1 2020 revenue of RMB3,694 million (US$267.7 million), which was up 30% from the prior year period. 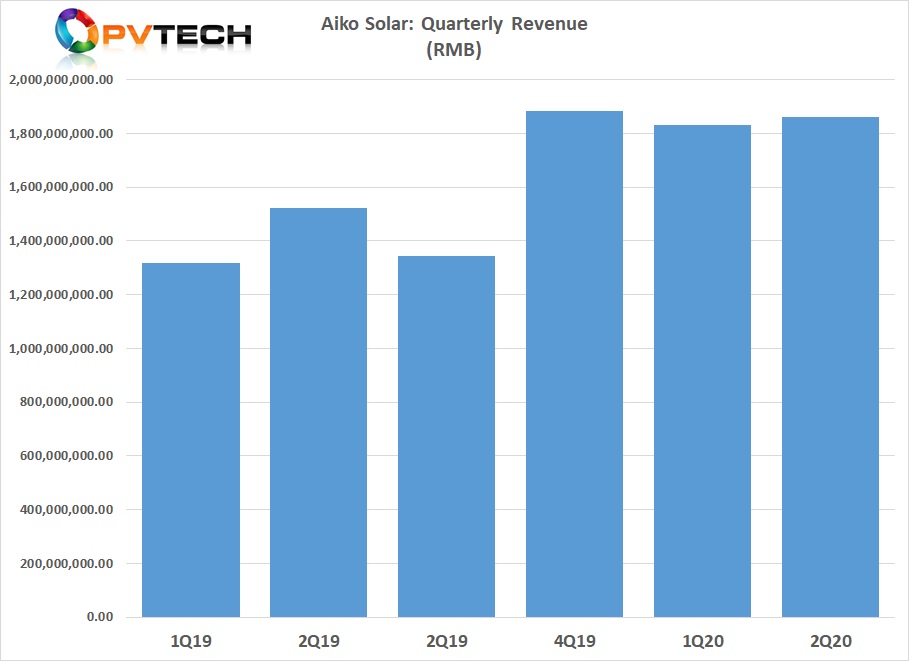 However, COVID-19 impacted the company in the first quarter. Higher manufacturing costs caused by efforts to limit the effects of the pandemic on manufacturing operations came on top of a lull in demand as solar cell ASPs within the sector were said to have fallen 20% in February through to April 2020. 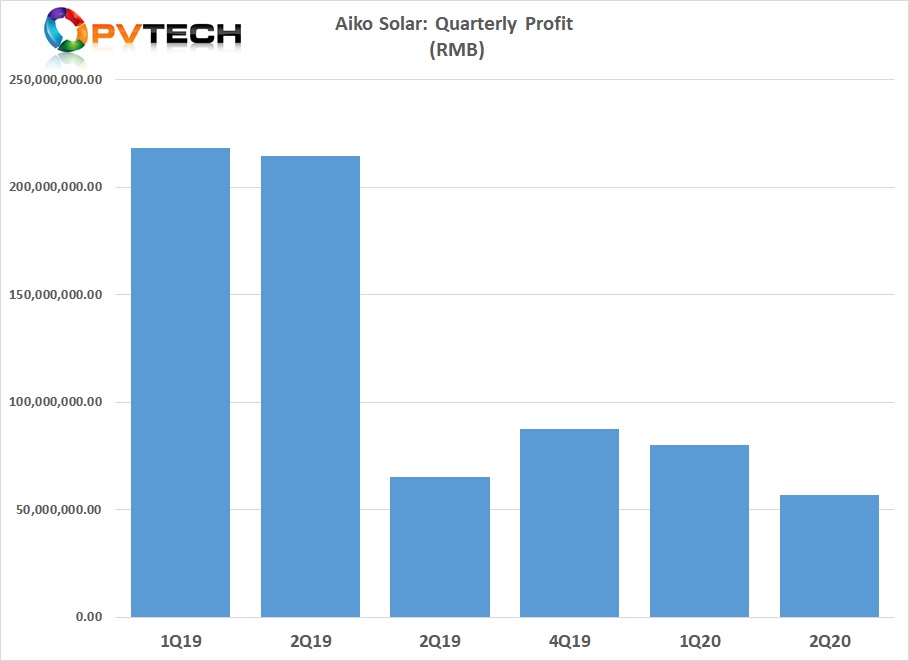 Aiko Solar noted that in the May-June 2020 period, the impact of COVID-19 had eased and the company was able to increase production and sales with orders recovering quickly as both domestic and overseas demand improved.

Official Chinese figures put PV installations in H1 2020 at 11.52GW, on par with figures in the prior year period, despite the pandemic.

Aiko Solar had previously published plans to reach 22GW of high-efficiency solar cell capacity by the end of 2020. The company said that it had reached 15GW of nameplate capacity in the reporting period, up from 9.2GW at the end of 2019.

Aiko Solar expects to benefit from the new era of larger wafers and cells in two key new sizes (182mm and 210mm). Demand is gradually increasing and is expected to be a hot market in the third quarter of this year before becoming the mainstream of the market next year.

To respond to the rapid wafer size market shift, Aiko Solar highlighted that it had around 5GW of cell capacity capable of producing 180-210mm cells with around a further 8GW producing 166mm cells. The company said that it had around 2GW of capacity that was backwards compatible for cell sizes below 166mm, which included 163mm, 161mm and 158.75mm sizes. The 156.75mm cell size was withdrawn from the market, according to the company.

During the reporting period, the company’s R&D spending reached RMB140 million (US$20.45 million), an increase of 30% over the same period last year and further increased its investment in next-generation technologies such as HJT, TOPCON, IBC and HBC. Aiko Solar’s annual R&D expenditure in 2019 reached US$31.3 million, putting the company in the Top 15 rankings of R&D spenders from PV Tech’s analysis of 25 PV manufacturers that are listed on stock exhanges.