All change at the top of Europe’s renewables majors as Vattenfall, Ørsted unveil new CEOs 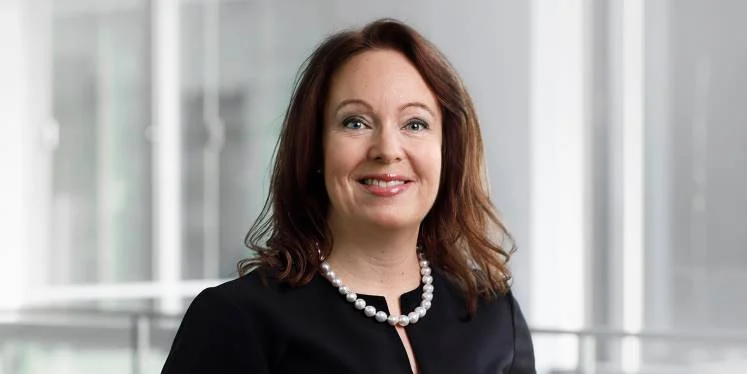 Both Vattenfall and Ørsted, two of Europe’s biggest renewables companies, will start next year with new bosses after the announcement of new chief executives this week.

Yesterday Swedish energy major Vattenfall revealed that Anna Borg would be taking the hot seat from 1 November, while Denmark’s Ørsted confirmed the appointment of current Grundfos chief executive Mads Nipper as its new chief exec, to start from 1 January 2020.

Vattenfall’s Anna Borg, the group’s current chief financial officer, will step up to become its chief executive officer and president, assuming the role currently held by Magnus Hall. Borg will take the hot seat on 1 November, and a search for a replacement CFO is now underway.

Chairman of the board at Vattenfall Lars G Nordström said Borg would bring “broad and deep experience” to the role and was someone that had known both Vattenfall and the energy sector for many years.

“She has been involved in setting the company's new strategic direction and is the right person to now take on and continue its execution,” he said.

While more commonly associated with wind, Vattenfall has increased its activity in the solar sector over recent years. In March 2018 it earmarked €100 million (US$118.6 million) for new solar projects in Europe, with Magnus Hall describing solar as an “important supplement” to wind generators at the time.

Nipper will make the switch from 1 January 2021, replacing existing Ørsted boss Henrik Poulson who announced earlier this summer that he would be stepping down from his role no later than 31 January 2021.

Thomas Thune Andersen, chairman of the board of directors at Ørsted, said it was Nipper’s transformation of Grundfos that attracted the company to him as a leading candidate.

“With his deep commitment to sustainability and the green agenda, his strong personal leadership, extensive CEO experience, and his distinguished track record in leading global companies, the Board is confident that Mads Nipper is the right person to lead Ørsted in the next phase of our exciting journey,” he said.

“The challenge we face in transforming the world’s energy systems from fossil fuels to renewable energy to avoid the catastrophic consequences of climate change is more pressing than ever and requires action in all parts of society.

“As one of the five largest renewable energy companies in the world and with a clear ambition to be a leader in the global energy transformation, Ørsted is in a unique position to make a difference in the fight against climate change. I’m very excited to join the Ørsted team and to continue Ørsted’s successful journey to become one of the future global leaders in renewable energy,” Nipper added.

29 November 2022
PV ModuleTech EMEA in Madrid on 29-30 November 2022 will address the factors underpinning the changing PV module landscape, gathering together all the key stakeholders across the value-chain from module production to field testing. Join us for presentations from the leading players in the sector, clearly identifying the opportunities and challenges set to impact module supply to Europe and the Middle-East over the next few years.
europe, grundfos, orsted, people news, recruitment, renewables, vattenfall