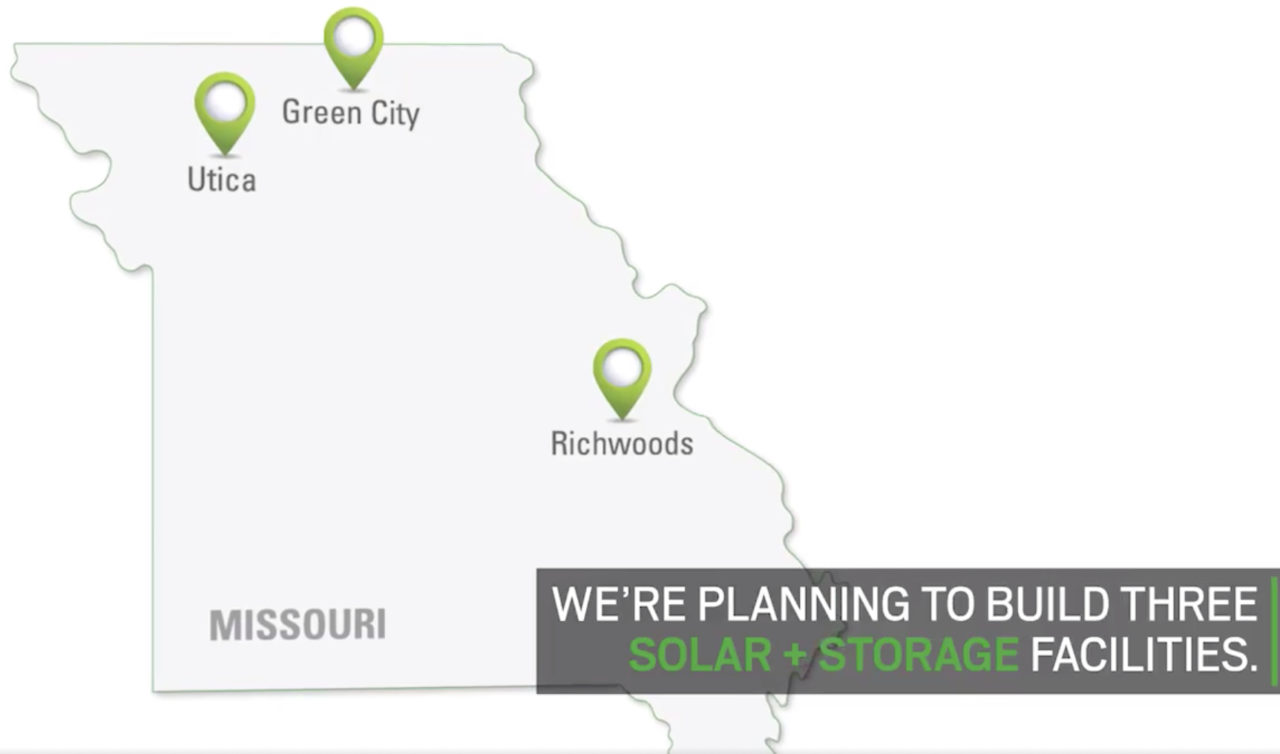 Utility Ameren Missouri is planning three grid-scale solar facilities with energy storage, marking what is claimed will be the first ever instance of an energy company in the US Mid-West state powering its customers’ homes with batteries.

A release from the utility, a subsidiary of Ameren Corporation, said that it filed plans today with the Missouri Public Service Commission (MoPSC) for the building of three power plants, for which Ameren Missouri said it will invest around US$68 million.

The plants will be built in Green City, Richwoods and Uticah, dotted around the mostly-rural state, with each plant of 10MW solar PV capacity and an unspecified output and capacity of battery energy storage. Via Twitter, the company released a short publicity film which said the plan to build the solar capacity with batteries is an “innovative, cost-effective solution to help maintain reliable energy service in rural communities.”

See here for the full story as initially published on sister title Energy-Storage.news

April 6, 2021
Japanese power company J-Power is to convert a retired coal plant in the US into a 240MW solar-plus-storage facility through its local subsidiary.