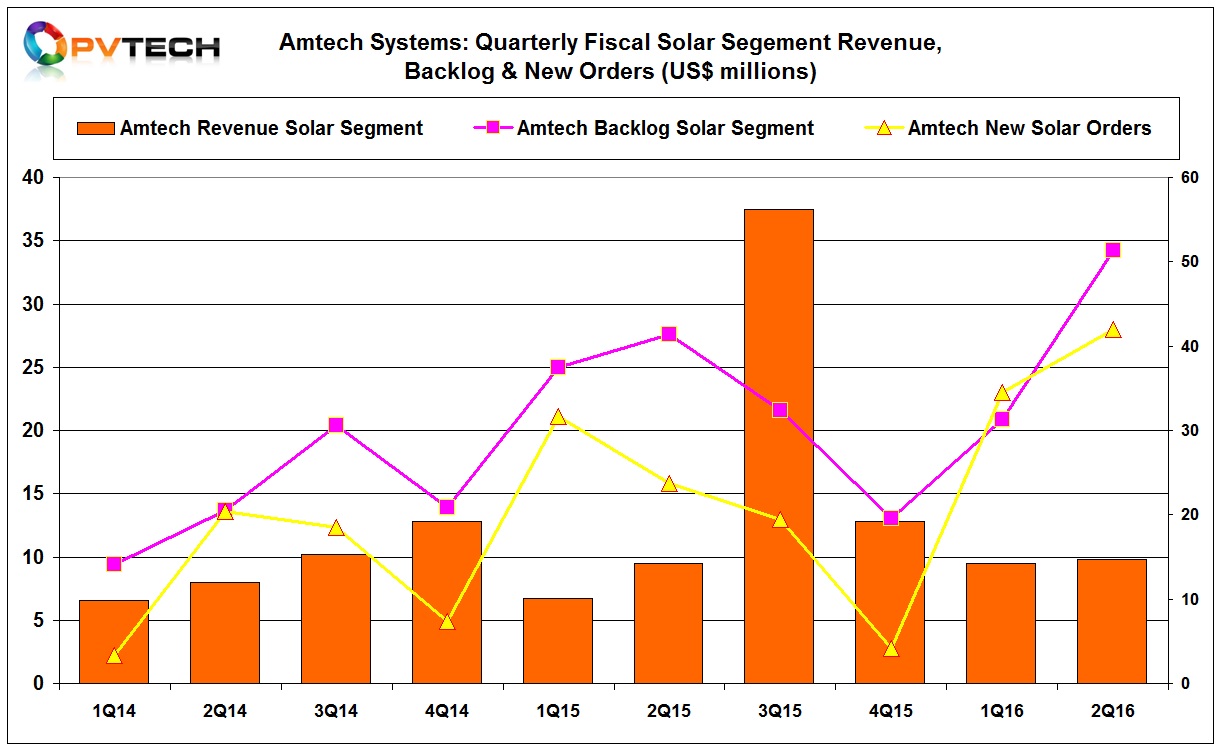 The company reported new orders in the second quarter of fiscal 2016 of US$45million, including US$28.0 million in its solar segment, up from US$23 million in the previous quarter.

Fokko Pentinga, Chief Executive Officer of Amtech said, “We are pleased with our US$45 million of total bookings in the second quarter, including US$28 million of solar orders, which is the highest solar bookings since the March quarter of 2011. With those bookings, we now have a backlog of $67 million which is a 57 percent increase since December 31, 2015 and the highest in four years.  We are positioning for the next wave of growth in solar with expectations to continue to expand our market reach, develop current and new customer relationships, and continue to be recognized as a market leader for our distinguishable technology solutions.