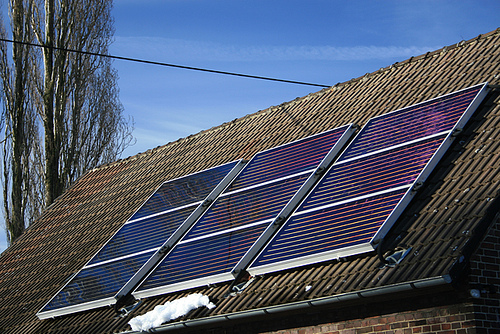 The Arizona Corporation Commission (ACC) will decide either Tuesday or Wednesday whether to amend its recent decision on grandfathering, to alter the timing when consumers will be grandfathered under pre-existing rules. The decision will have a significant impact on the future of solar in the state.

Late last month, net metering in the state was effectively eliminated after regulators voted to replace retail net metering with a wholesale rate.

The new export rate will be based initially on the cost of energy from utility-scale solar providers, which will be much lower than the retail rate – averaging around six cents/kWh compared to around 11.5 cents/kWh.

At the time of the decision, many industry commentators claimed this decision had the potential to significantly curtail solar progress in the state; lessening demand for PV systems due to the lower rate of credit for excess solar energy production.

Despite criticism, the ACC defended its 4-1 decision saying that it was “good for solar in Arizona” as it made solar “fairer because all customers will begin to share more appropriately in the cost of the electrical grid”. This argument is linked to the long-debated sentiment that non-solar users often pay for solar customers’ use of the grid.

Solar advocates rebutted at the time that wholesale rates do not reflect the true value of solar and its accompanying economic and environmental benefits. They also countered that the ending of retail net metering would considerably hamper the industry.

In a rare case of a utility siding with solar advocates, APS appealed to regulators urging the ACC to amend its decision and consider full grandfathering for solar customers, including pending applications are also grandfathered in.

“Otherwise, whether a customer is grandfathered could be determined not by when a customer makes a decision to submit an application to interconnect, but instead by the volume of (rooftop solar) applications received, among other factors outside a customer’s control,” APS said, according to the Daily Star.

A recommendation supported by APS, fellow utility Tucson Electric Power and a host of solar supports suggests that language in the ruling should be edited to include customers with pending applications and not exclusively apply to those already connected.

“The benefit of the clarification for both customers and APS is that it provides customers with more control over whether they are grandfathered and consequently also reduces the likelihood that APS is blamed for a customer failing to be grandfathered.”

In response to the APS request and subsequently garnered support, the ACC will decide either today or tomorrow in its public meeting whether to reconsider and alter the grandfathering provisions in the new rate design.