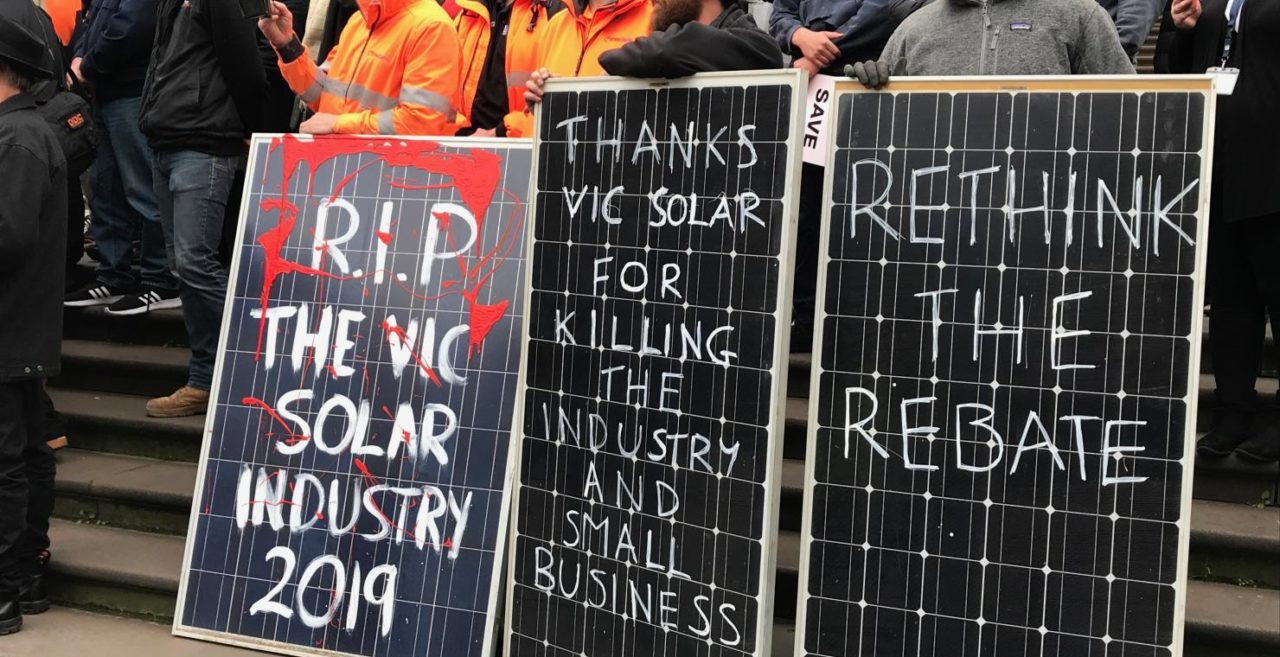 24 July: Solid commercial appetite for Australian clean energy drove an installation boom in 2018 that puts the industry on a trajectory to overshoot its 2020 target, official figures show.

Last year’s renewable roll-out of 5GW more than doubled 2017’s records of 2.2GW and enshrined Australia as the world’s top per-capita installer, according to the country’s Clean Energy Regulator.

Coupled with a solid pipeline, the construction ramp-up of recent years will help Australia add 40,000GWh in renewable production in 2020 compared to 1997, smashing its 33,000GWh goal.

In its annual update to the government, the Regulator said 2018 was strong for small-scale solar – which added 1.5GW, a 37% jump on 2017 figures – but also what it described as mid-scale solar

Last year, the Regulator said, was when commercial factors overtook state incentives as the chief renewable driver. With lower prices and shorter payback periods, solar PV was no exception.

The future, the analysis noted, won’t be challenge-free. Grid constraints and the power loss calculations putting revenues at risk could undermine expansion going forward, it warned.

25 July: Victoria capital Melbourne became the ground this week of rallies against the state’s rationing of economic incentives for solar installations.

Australia’s Smart Energy Council and others met outside the Parliament on Thursday to demand greater allocations of so-called solar rebates, which the state has capped at a monthly 3,333.

The Council estimated turnout at some 300 protesters, with some bearing banners reading ‘RIP the Vic solar industry 2019’, ‘Our family depends on solar’ and others.

The rebates, part of Victoria’s Solar Homes scheme, offer up to AU$2,225 (US$1,566) to homeowners and rental properties. Oversubscription this year saw the aid frozen, and then capped.

“Solar installers are at the end of their tether. Many haven’t been paid since April and they’re incurring substantial losses, laying off staff,” said the Council’s CEO John Grimes.

25 July: New South Wales (NSW) authorities have waved through a new utility-scale solar scheme in the state’s northeast, despite the fear of impacts on neighbouring communities.

The Commission noted Orange Grove Solar Farm has triggered unease among Gunnedah residents, with concerns raised over land use, flooding and biodiversity.

The body said it had “weighed the community’s views” but found the scheme – set to cost AU$94 million (US$65 million) – is of public interest given its support to the emission-curbing goals.

The project, the Commission said, is designed to minimise visual impacts for neighbours, on the adjoining road network and on nearby properties in the event of floods.

24 July: A New South Wales (NSW) solar plant operational since last month is to pass some of its supply on to food multinational Kellogg’s, under a newly-signed power purchase agreement (PPA).

Beryl Solar Farm – a 110.9MW project by New Energy Solar – will for the next seven-and-half years provide Kellogg’s with enough power to cover the production of 630 million cereal boxes, local media reported.

The PPA is not the first for Beryl, an installation featuring LONGi modules. In June, the project signed a 15-year deal to power trains in NSW capital Sydney.